Saints and Other Welcoming Beings in and on Architecture 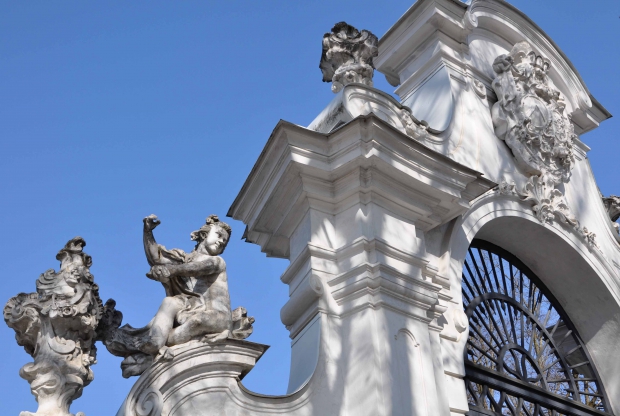 Maybe you will think what have Easter, saints and welcoming beings on architecture (s. photo above: putto on an archway, Schloss Eggenberg) in common? Most of them are part of sacred buildings where the Roman Catholic spend much time in Holy Week. – My favorites were and still are “putti”, toddlers, alone or accompanying saints, sometimes doing funny things. They have their origins in Greek and Roman art and were often used as personifications of love or as angels with wings. In Italian painting they appeared first in the 15th century and became very popular as statues or “stucchi”  in the baroque era. 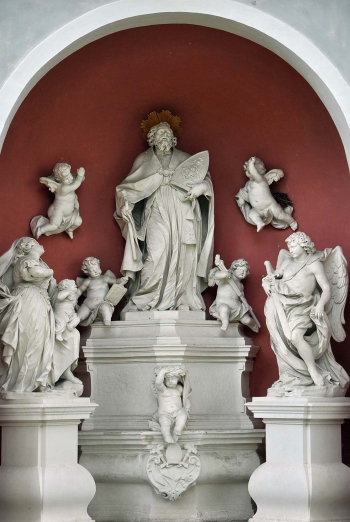 Five putti-angels and one grown up angel surround a saint and martyr (above, chapel in the park of Stift Admont): it is Blasius or San Biagio in Italy. He was doctor and bishop and we pray to him to guard us against ear, nose and throat illnesses. His abilities may be the reason why the mother (left) brings her baby to the doctor-saint. 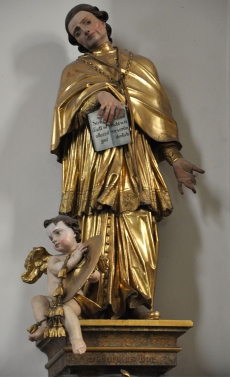 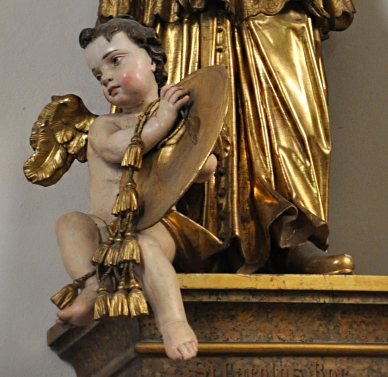 Above one of my favorite saints and my favorite putto (since I found him in the parish church in Leibnitz some years ago): the saint is Karl Borromäus or Carlo Borromeo, he was Italian, cardinal and archbishop of Milano. My husband was named after him. His little companion who is holding his hat became a kind of guardian angel of my blog. 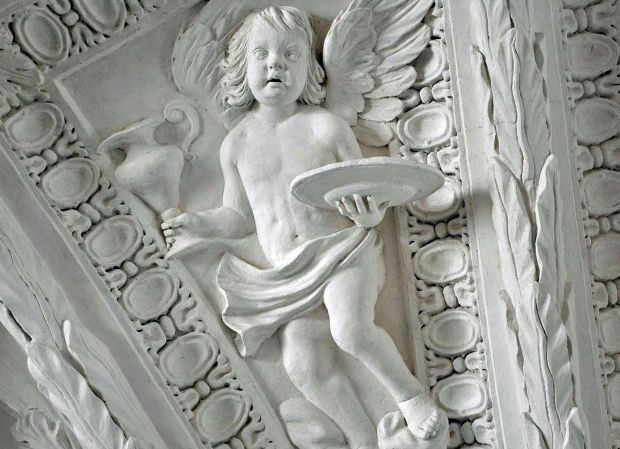 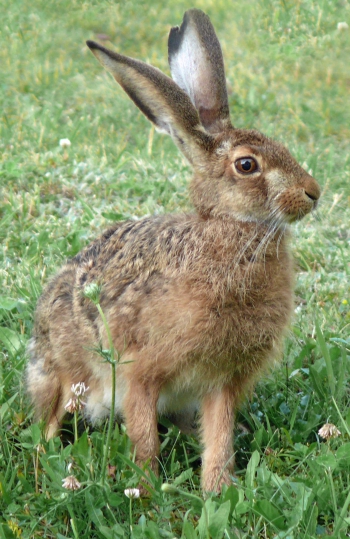 Whether you are interested in baroque putti or not, I am sure you are looking forward to Easter and seeing the real “Osterhase” (Easter Bunny). Here you are, a natural masterpiece. Happy Easter!