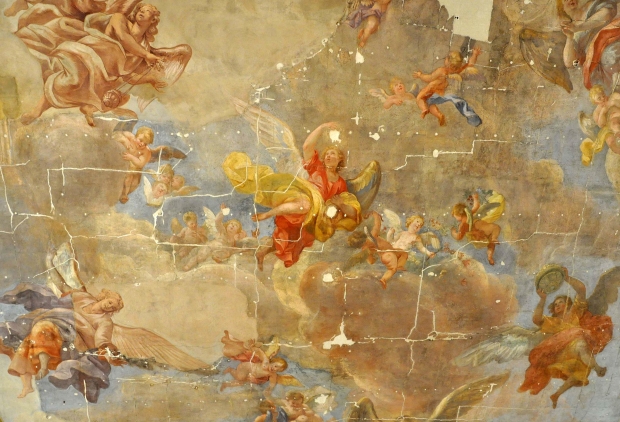 If you ever wanted to paint a landscape with mountains and meadows, but also with farmers´ houses and winding paths, you will have noticed that you need some basic knowledge about perspective. Otherwise there wouldn´t be a two-dimensional effect in your picture, let alone a three-dimensional effect. 3D art was still popular in baroque art, particularly on huge frescoes to make you believe that the sight is endless. Think of ceiling paintings in churches with a view to the sky, even as there is a roof between. 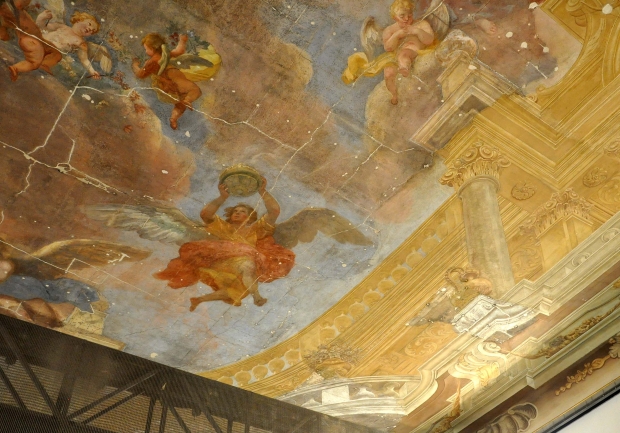 Watch the ceiling fresco details in Vienna´s Old University Theatersaal/theatre hall (by Anton Hertzog und Franz Anton Danne, 1735) on the photos above and guess why the view of the second photo is much more 3D than on the photo on top? On photo number 1 the clouds cover up the view to the endless sky (what it unusual in this era). On photo number 2 an architecture can be seen and the angel in red, seen from below, looks as if he would start a landing flight. 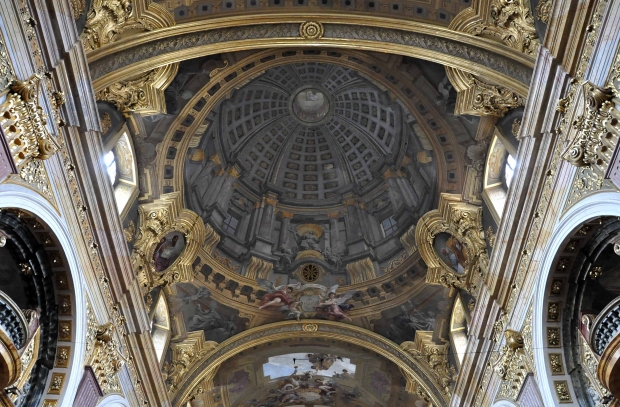 Next to the Old University there is a masterpiece of baroque illusionistic painting in the former university´s church: the “dome” by Andrea Pozzo (1703-1709). What one can see as dome from below is in reality a flat vault. Pozzo was the master of 3D painting and had edited a book with samples to inspire other painters in which he explained the technique of illusionistic architecture painting. Every artist knew this book and there are many frescoes all over Austria that were inspired by him such as the one on the photo below. 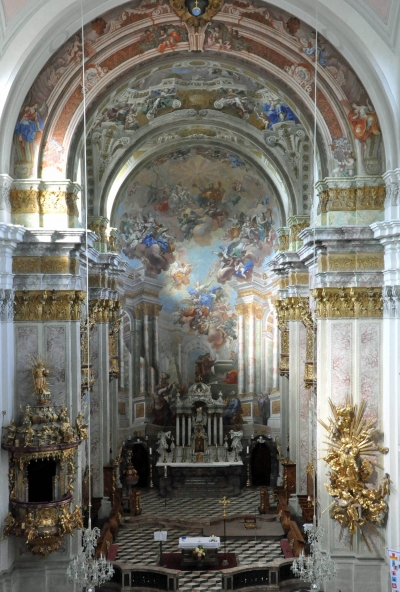 One of the most important illusionistic fresco paintings is in the former abbey church in Spital am Pyhrn, Upper Austria. Bartolomeo Altomonte and Francesco Messenta performed (1737-1740) what many art historians consider being Austria´s most important baroque architecture painting. Why were there two painters? Because in these times artists were specialized – Altomonte created figures and clouds and Messenta painted the illusionistic (open top) room with pillars. 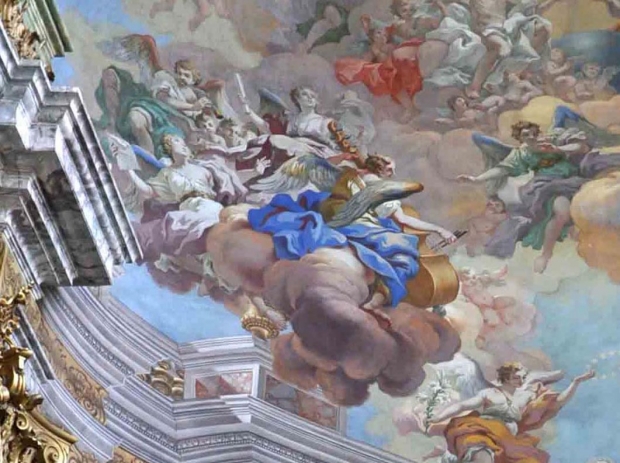 A detail from the fresco (s. photo above) – angels, one is singing, one is playing the double pass, one is conducting. I took the photo from far away, standing in the nave of the church. On the photo below you can see the same part, and you wouldn´t think that it is the same – the angels are squeezed together. I took this photo from the near. So one can understand why 3D painting, regardless of whether you are near or far from it, can appear completely different – right or wrong, it is a matter of the right point of view.

A last example of architectural painting in the Paura church (s. photo below, the illusionistic part was done by Francesco Messenta, by the same painter who did the architecture painting in Spital am Pyhrn) that – it seems so – looks wrong from every point of view. I took many photos from the painted pillars with columnar capitals and timbers that look as if the corners are hurled out by centrifugal force. I was sitting in the bench, standing in the nave and on a ladder but the upper part always looked wrong. 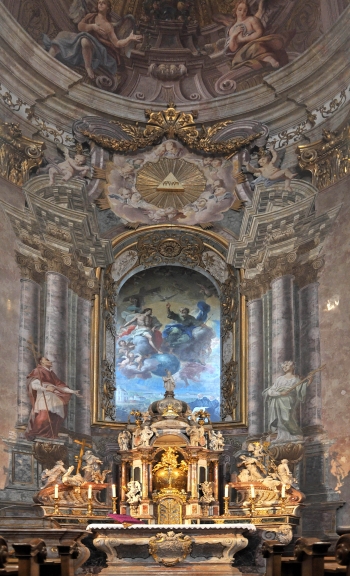 I went there three times until I found the solution. Not there in the church but on the right photo above … I had always taken photos from the near, always the detail (s. photo above left) but the solution is to be found in the whole thing, the ensemble. The wall is not plane, but round, so the painting is following its curves. Look on the vault-like part above the pillars and you will understand what I mean. The cornice implies the arch and the upper dome. – What have we learnt of this? Every solution needs its time.