New Year´s Resolutions? What about Re-Furbishing A Room?

Though I am not a perfect do-it-yourselfer I have worked for many years on a project relating thereto: one would call it paint-some-walls-in-a-new-colour-and-redecorate-the-room and this will give you a great pleasure. Promised! That you can see what I mean see the photos below, even as I almost dare not show the one “before” photo from the toilet next to the kitchen. It was awful – the color (from about 15 years ago, in toilets and bathrooms blue and green tones look much cleaner) – and the tiles, old and disgusting. 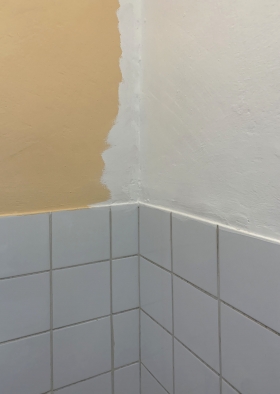 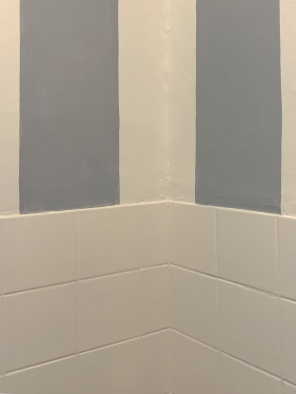 Sorry for the bad quality of the photos taken with the cell phone. This is how it looked before (left photo above, the left part of the wall and the tiles) and that is how it looks now (photo above, right). As I didn´t want to remove the tiles – because of the huge amounts of dust – I painted them too. The result is astonishing. Everything looks so clean now. 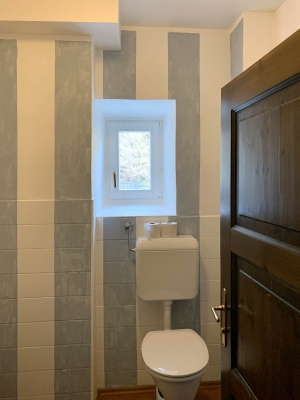 First I had the idea that the stripes should be extending over the entire length of the wall (the blue stripes on the photo above were only painted once, when I took the photo, to get a rich shade of blue it has to be painted at least twice, if not three times). I didn´t like the result, it looked too “noisy”, and repainted the part below, the tiles, white. 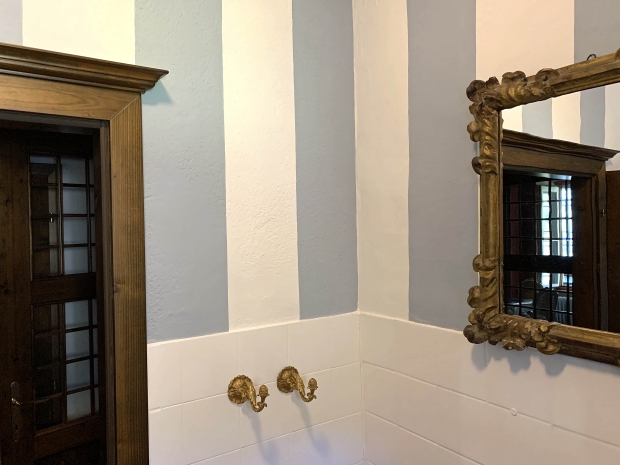 When the painting was finished I redesigned the room and stylistically adapted it to the dark stained doors with a baroque framed mirror. By the way, there is of course no window in the toilet door. It cannot be seen on the photo above as it is open. The doors with windows – seen through the door frame and in the mirror – are leading to other rooms. – After having finished the painting, I attached historic hooks on the walls to make some holes invisible. 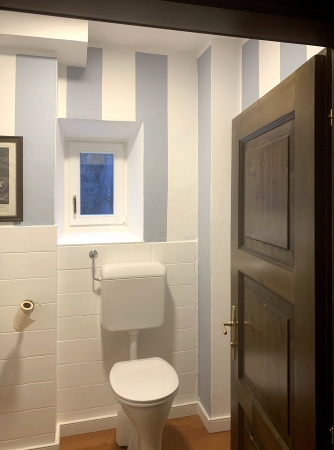 A view into the refurbished, most secret room. The trickiest thing was sketching out the blue stripes on the white wall. I wanted stripes of about 20 cm width. So I measured the four walls (in fact there were seven because of a niche) and divided by 20 to get the idea how many stripes there will be. The rest was a fiddly job – calculating, estimating and adjusting as I had to deal with uneven 17th century walls. 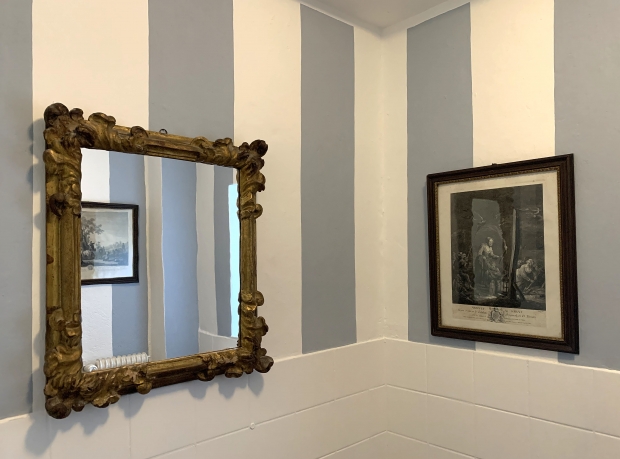 Finally we decorated the most secret room with engravings to get the baroque touch (but with “modernest” technology 😉 : running water and water pump). Hope this was diverting and inspiring for a good start in the New Year.  All the best for 2022, may it be a happy one! And never forget: always look on the bright side of life.