I like to collect and to read cookbooks. When I got my first cookbook by Paul Bocuse the lecture was so exciting that I read it without halt like others read detective stories. You learn a lot (I learned cooking by reading cookbooks), and you get many ideas varying recipes and presenting meals in a nice way to impress family and friends. – One of the things I learned first was that a recipe must not be complicated and must not consist of hundreds of exotic ingredients but: it must consist of the BEST ingredients. “Best” means as natural as possible, organic of course and best quality. Take the recipe in this sense. There are only three ingredients (plus water) and you have the most delicious starter. 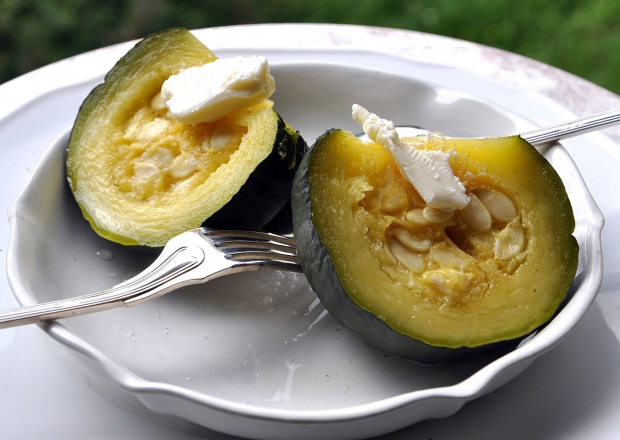 *Squashes is the name used by our relatives in South Africa. I am not sure if the whole English speaking world uses it. 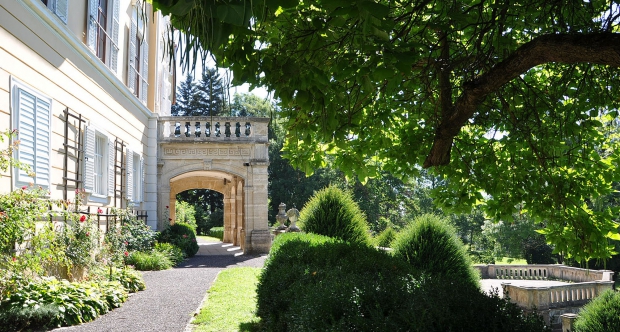 ATTENTION!!! Now there is the most dangerous part of the project – with the help of a big spoon fish the pumpkins out of the hot water and put on a dish. If you cut them now in halves every pumpkin will explode! So, take a sharp knife and make 2, 3 small holes into every fruit. Be careful and do it as far away from your face as possible. After this you can carefully cut the pumpkins in halves.

Serve immediately. Put olive oil or margarine on it and salt. It is really something that a starred chief could have prepared, so elegant and tasty is it.