Late Summer in a City or: Following the Traces of a Mighty Family

Even if I, born in Vienna, always wanted to live in the countryside where I have been living for many years, I like to stroll through cities. Especially in late summer and autumn I am enjoying it the most – maybe because of the beautiful light and the beautiful colours. Only some days ago my husband and I were sightseeing this romantic old town in the very South of Austria: Bad Radkersburg. 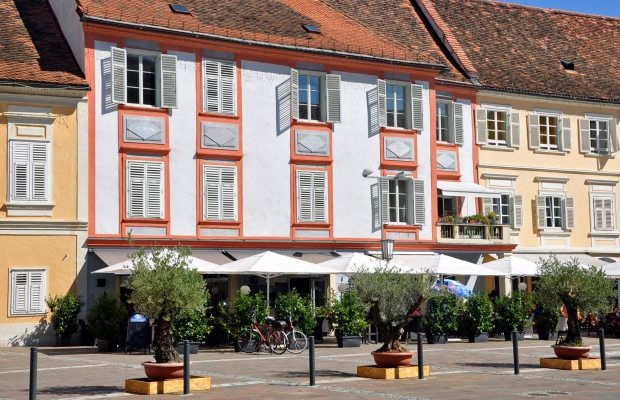 The main reason why I wanted to go there has to do with one building I love most (it has often been starring on the blog) – the Mausoleum in Ehrenhausen, the burial chapel Rupert´s von Eggenberg. He had built it at the begin of the 17th century, it was finished only some 70, 80 years later. I cannot stop taking photos from the chapel, a unique building in Austria with massive architecture and powerful statues, warriors taking care that nobody unauthorised enters the chapel. So it seems to me. 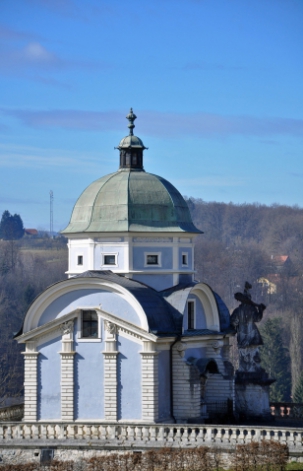 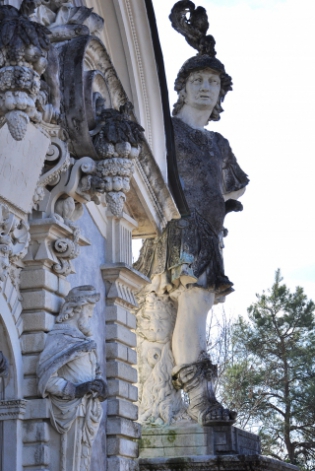 Rupert von Eggenberg came from  Bad Radkersburg. His family lived in the house on the photo below (now to be sold, so sad!), they were merchants and traders. During some decades they became so wealthy that they were able to support and to fund the emperor. 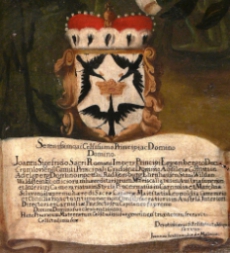 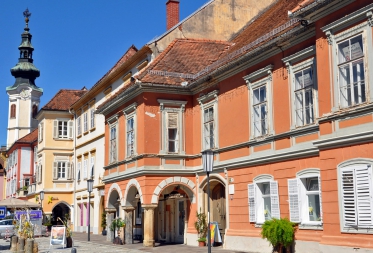 The consequence was that still Rupert´s eldest son was ennobled, one of his descendants Johann Ulrich became prince. The latter had inherited from his father a middle age fortress near Graz he made his baroque residence: Schloss Eggenberg, an important palace architectonically inspired by the Escorial! This was a rise. 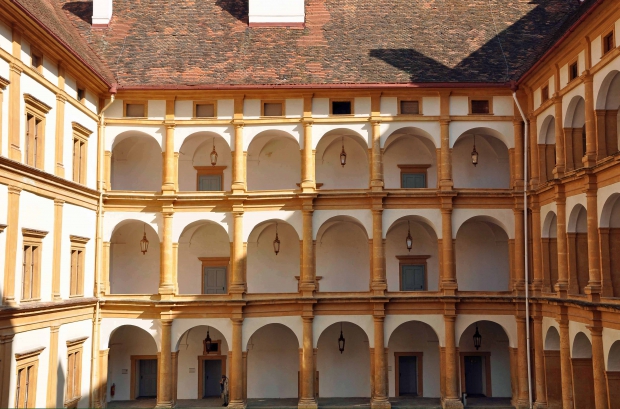 Johann Seyfried and his son Johann Anton II (who died only 3 years after his father) were the last Eggenberg who lived in the palace. Johann Anton´s one and only son died young, and the family extinguished. 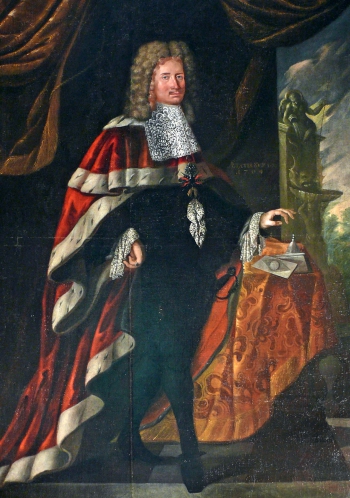