First let me write how happy I am that one of the busiest monks, priests and bloggers I know – has agreed to do an interview with me and to answer questions I thought unanswerable. 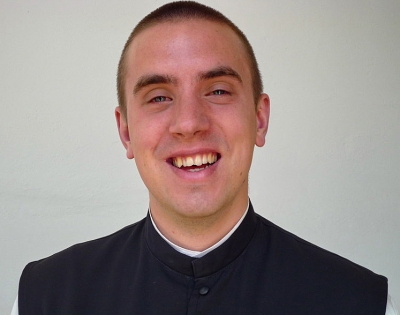 Q: What did you study? And where? – I know that you and your family lived at many different places … when and how did you come to Austria?

A: I am the third of eight children, from a very devout family (which I have described a bit here). My parents, Michael and Susie Waldstein, are both theologians, and they met each other while they were studying at a Thomas Aquinas College — a small Catholic college in California that focuses on the philosophy and theology of St. Thomas Aquinas. I was born in Rome, where my father was studying at the Pontifical Biblical Academy, and grew up in Boston (Massachusetts, USA), South Bend (Indiana, USA), Tübingen (Swabia, Germany), and Gaming (Lower Austria).

Q: Please let us know when you decided to become a monk? Was there quite something? An enlightenment?

A: It was when I was living in Gaming as a teenager that I first thought seriously about becoming a priest. I used to serve Mass for Don Reto Nay, at that time chaplain of the International Theological Institute, where my father was teaching. Seeing Don Reto’s reverence before the sacred mysteries gave me the desire to be a priest myself. It was also while in Gaming that I got to know Stift Heiligenkreuz. The brilliant and irrepressible Pater Karl Wallner of Heiligenkreuz visited us in Gaming, and invited me to come visit Heiligenkreuz. I did, and then kept going back.

I did not decide to enter, however, till the summer after my sophomore year of college. I studied philosophy and related disciplines at Thomas Aquinas College, where both of my parents and my older brother and sister had gone. It was a truly wonderful experience. I went back in forth in my mind a bit though about what I should do afterwards. I was rather in love with a girl in my class there sophomore year. But that summer I decided that what I really wanted was the monastic life. I was in Europe for the vacation, and I visited Heiligenkreuz, and was present at the final vows of two brothers. I was deeply moved by the ceremony in which they gave their whole lives to God, and decided to enter immediately. The abbot, however, thought I should finish college first, so I completed the remaining two years for my bachelor degree, and was received into the novitiate in 2006. 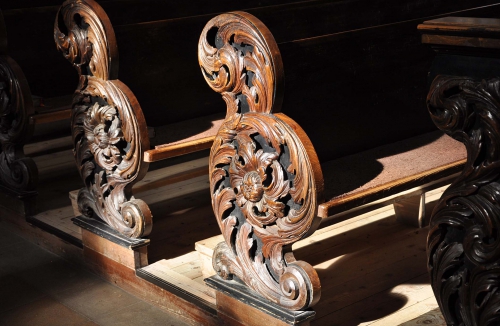 Q: At last a question concerning people who suffer from a severe illness, she or he is therefore desperate and depressive and starts thinking about what was wrong in her or his life. Eventually the person finds out, that she or he had lost the faith in God. What would you advise her or him? How can a person find back to the faith in God? Are there exercises?

A: One thing that I would advise would be to read the Psalms. The Psalms are a collection of prayers in the Old Testament of the Bible that express an ancient experience of prayer. Many of them struggle with adversity or illness, or with the apparent absence of God. One can find in them a kind of mirror of ones own experience, but a mirror that can give hope, because it shows how a way to God can be found even when all is dark and he seems to be absent. There is no recipe for finding faith again when one has lost it, but it can be a help to find similar experiences reflected in the Bible itself. It is also important when one is suffering oneself, not to become to turned in on oneself, but to try to continue to do good for others as much as possible. Being of help to other people can be a source of great hope if one is distress oneself.

I am very thankful to Pater Edmund for his tips and for having told us so much about his life. You will find more about him and another invaluable advice for life by end December.