Have You Ever Tried to Get a Full View to the St Florian Abbey Church? 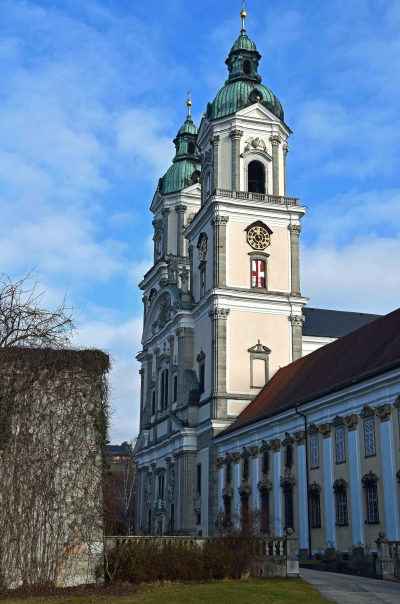 Taking photos of huge abbey buildings and churches can be a big challenge. Not only that one has to go there for many times because of the always wrong weather, but also because of other obstacles (s. photo above). You cannot get a full view to the church´s facade as there is a wall opposite and very close. – Read more about in my latest article for the Museum With No Frontiers. 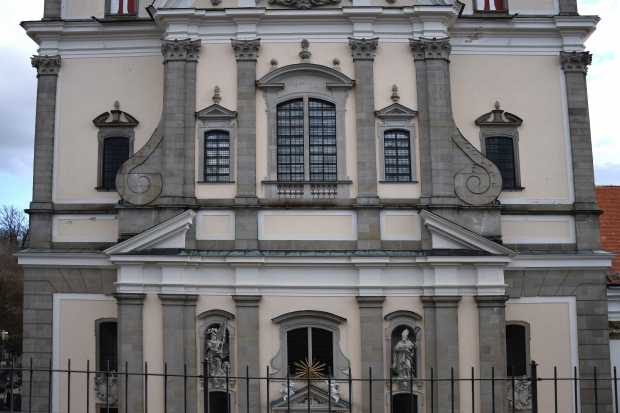 This is the best result you can achieve when standing on a kind of terrace (on the wall). Even my husband wasn´t able to get more from the facade and he was using a wide-angel lens. Nevertheless, this is a beautiful view as one can see the upper part of the portal and the middle store, both with pilasters, capitals and entablature. 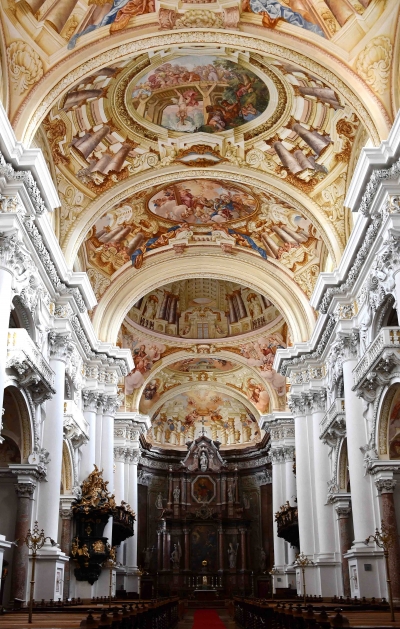 Corresponding to the facade is the festive interior of the church with mighty half-pedestals and (an almost) continuos winding cornice. Columns, entablature and vaults look so immense that other fittings, such as the two organs in the background almost look tiny. 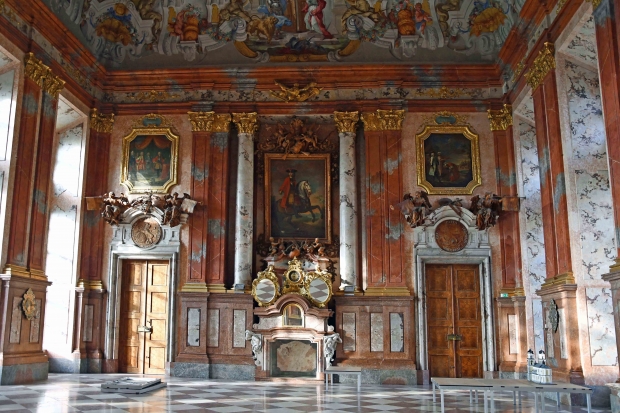 The church is only a small part of all the abbey buildings. There are many wings, some pavilionlike protruding parts, such as the magnificent Marble Hall with windows on both longitudinal sides. Wouldn´t it be a good idea (maybe a gift?) to book a guided tour as there are many rooms with original 18th century fittings and furniture worth to see. 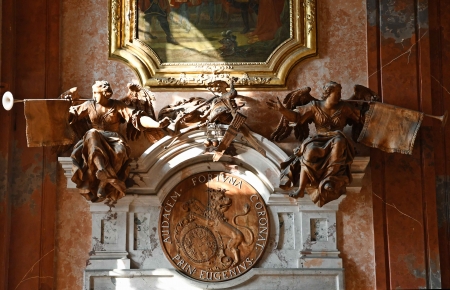 In the Baroque era the people knew how to build. Everything was planned, even effects such as the unique lighting. I loved this detail you can see on the photo above and on the photo from the Marble Hall. The angels in the morning light are above the left door. 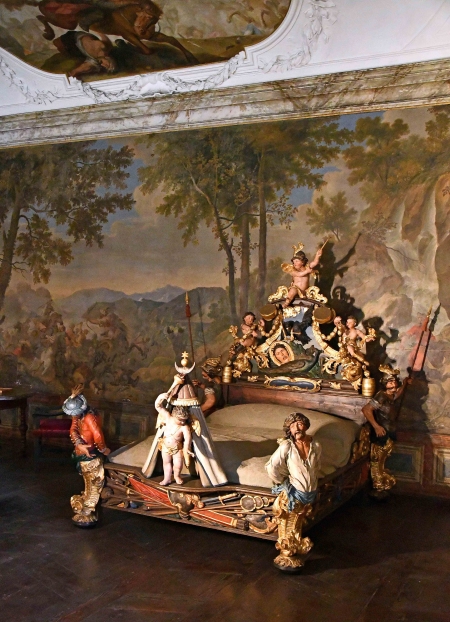 My absolute favorite in the guest rooms (it is in the so called Prinz Eugen Zimmer/Prince Eugen Room) – a bed with bedposts in form of statues. I am not sure if it is a comfortable bed, it is at least a very rare example of 18th century furniture and witnesses from the excellent craftsmanship in this era. 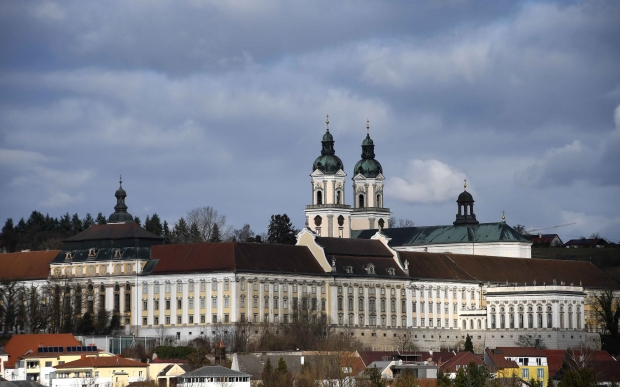 And this is how the abbey building looks from far. On the left, in the middle of the wing, you can see the Marble Hall. The church´s towers are on the backside where there also are the guest rooms (in the 2nd floor). – If you want to go there please visit the web to get information about guided tours and to find more about the monastery and the Augustinian Canons.