Exhibition at the Albertina in Vienna: From Rubens to Makart** - The Eighteenth Century 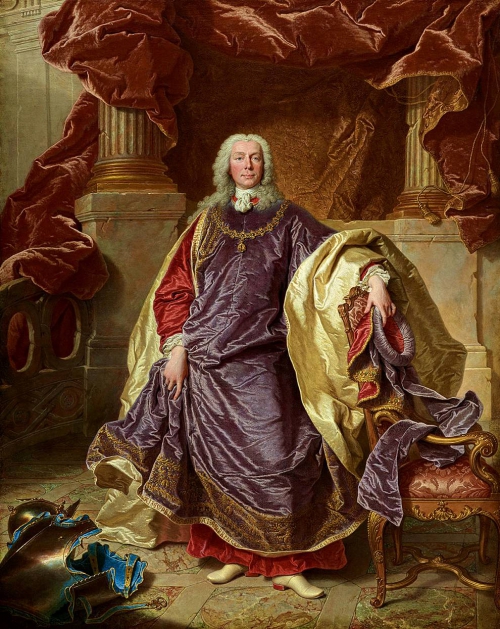 It is not a big secret that my favorites at the Albertina exhibition are the 18th century paintings. Almost everything I love in art and architecture dates from this epoch, such as the portrait of Prince Joseph Wenzel who was Ambassador of the Holy Roman Empire in Paris (s. photo above wearing the regalia of the Golden Vleece). Rigaud is most famous for his portraits of the kings Louis XIV and Louis XV who are represented as sovereigns but also as humans. More than this I love the painting´s colors and the fabrics´ quality. You know at first sight what is made of silk, of velvet, of damask and of leather. The other thing is the dynamic that comes into almost every 18th century painting in form of a storm that blows (here) through the curtain. 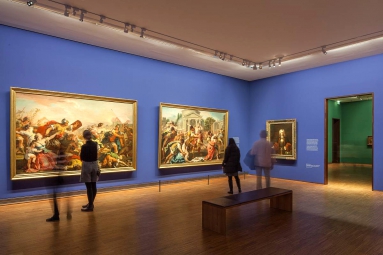 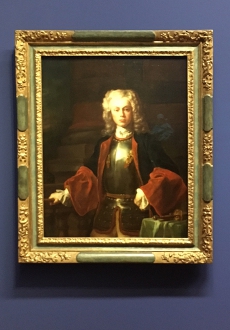 The painting above on the right shows a younger Prince Joseph Wenzel. I took the photo with my mobile, it can also be seen on the picture (on the left) in the blue painted room next to the passage to the green painted room. Francesco Solimena portrayed the prince when he was about thirty years old. Like in the painting on the top he is not represented as a private man but this time in shining armor, as he was commanding officer. By the way, there are a cuirass and a helmet too on the portrait by Rigaud, left to the prince´s feet. 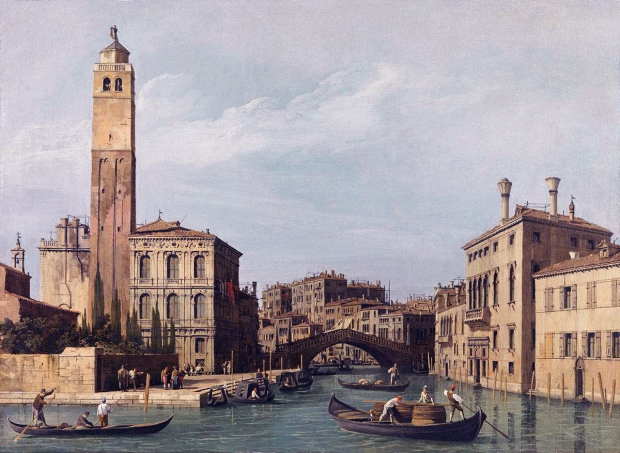 I love the two Canalettos in the exhibition –  a canal view with the Ponte delle Guglie, the Palazzo Labia and the Campanile of San Geremia (s. photo* above), on the photo below the Piazza San Marco (taken with my mobile). Antonio Canal, called Canaletto, was famous for his paintings of cities and architecture. Best known are the vedute of Vienna, Venice and Dresde and of one of the Liechtenstein Palaces in Vienna. Even as Canaletto´s art is so typically for the 18th century, for the light and for the many details of every day´s life, one loves to see the Venice that still exists … in the early morning hours when the tourists are still asleep. 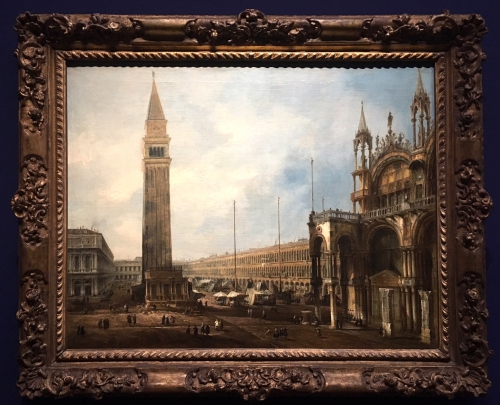 Unfortunately there are no ladies´ portraits and genre paintings filled with beautifully dressed women and men in the exhibition. So I added one of my favorite paintings by Jean Francois de Troy as pars pro toto, the Petit Déjeuner de Chasse (the Hunting Breakfast, s. photo below), crowded with people serving and being served. Have once again a look on the three ladies with huge napkins protecting a huge part of the clothes that weren´t cleaned very often. 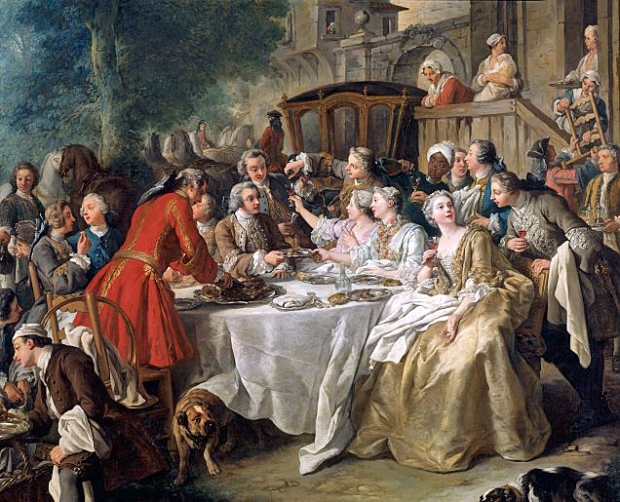 Then there are two portraits of ladies below (not to be seen in the exhibition) and a contemporary photo to explain why I love the Stajan jackets so much (f.l.t.r.): Lady Mary Worsley by Joshua Reynolds, Archduchess Marie Antoinette, the later Queen of France, and our model Viola wearing a Stajan jacket. Don´t forget the red jacket the servant on the photo above is wearing. It is not by accident that they all are wearing red jackets. Lady Mary Worsley created the military style for ladies. She loved her husband´s red uniform jacket and had it copied. Marie Antoinette, in the middle, is wearing a hunting costume. Although many people think that hunting clothes were green, they were very often red and for a good and lifesaving reason: as a hunter in the meadow or in the forest you are better seen in red than in green. 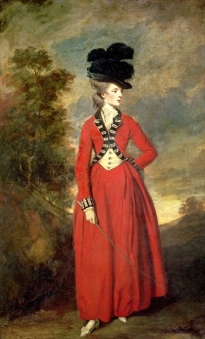 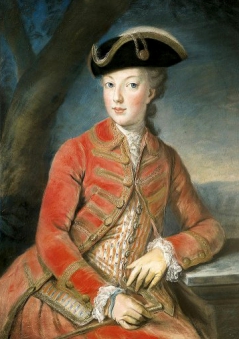 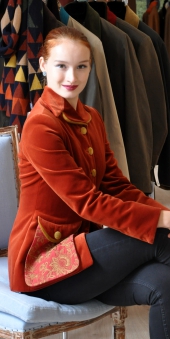 Far right on the photo above the 21st century version Stajan style: lady in red hunting style jacket. Maybe now you can guess why I am always wearing these jackets and frock coats – to get the 18th century feeling.

**There is a catalogue: From Rubens to Makart. Liechtenstein. The Princely Collections, ed. Klaus Albrecht Schröder.