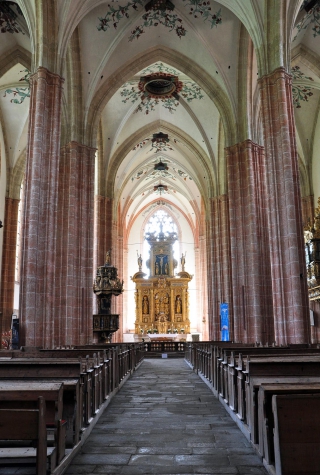 There are so many summer festivals in Austria that it is sometimes hard to decide where to go. One of the “jewels” under the performances takes place here* and I would suggest to go there whenever there is time – be it for a concert, be it for a service in the church or be it for only admiring the total work of art. 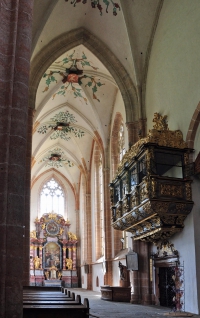 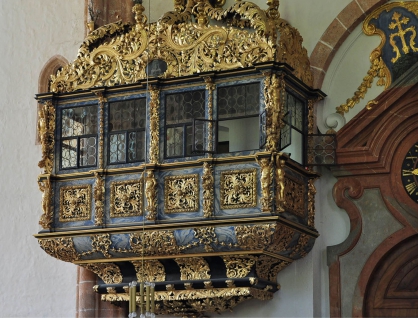 This, s. photos above, was what I wanted to find – the breathtaking, blue marbled and richly guilt oratory (dated 1720). King Louis XV of France, I adore for many different reasons**, was ten years old and still king when it was built. It would have suited him very well if he had come there and stopped for a pray. 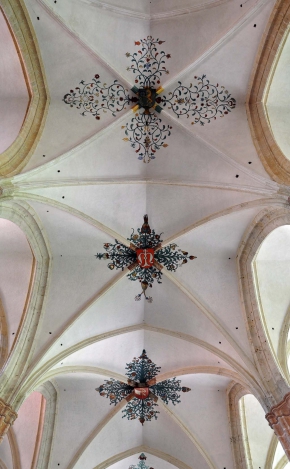 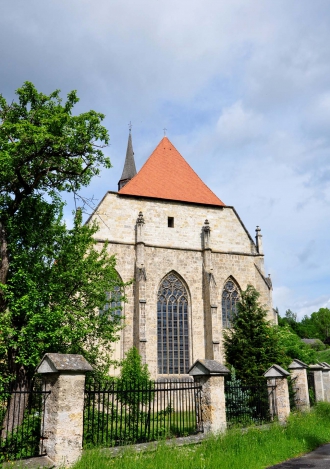 The former Cistercian Monastery is of course much more known for the Gothic art works – on the left the decorative paintings in the vaults, on the right the church from outside. You can see the western facade with typical high windows behind the altar (compare with the photo on top).

*Neuberg an der Mürz, near Semmering, in the middle between Vienna and Graz, can be reached in a little bit more than an hour´s drive by car from both sides.

** … after having read several books by Jacques Levron about the king, the life at the court in the 18th century and Duc Emanuel de Croÿ´s Memories.