When Therese Witzmann, the actual owner´s great-grandmother, was 65 years old, widow and mother of grown-up children, she needed a challenge. As she loved being with people the logical consequence was to open a hotel. A beautiful thermal bath was and is still nearby, a big attraction in these days, especially in summer, when staying at a health resort was the dernier cri (there is a lot of literature about: Thomas Mann´s Magic Mountain, his Death in Venice and many novels by Jane Austen are only a few to name). 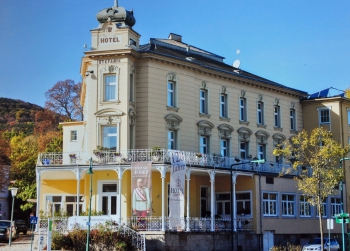 Dr Kerstin Köhler-Witzmann, hotel owner and radiation therapist with own surgery in Garmisch-Partenkirchen (Bavaria), invited the opera singer Evert Sooster and me as speaker at the commemorative event. Evert Sooster´s performance was very impressive, he sang arias by Richard Wagner (Wotan), a song by Richard Strauss and the very popular German Twenties hit Schöner Gigolo, Armer Gigolo. His performance was acknowledged with loads of applause. 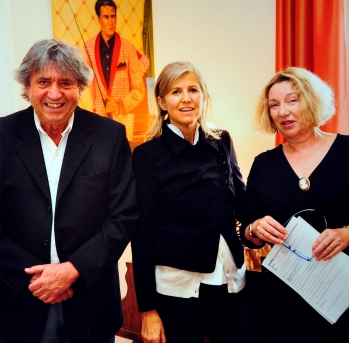 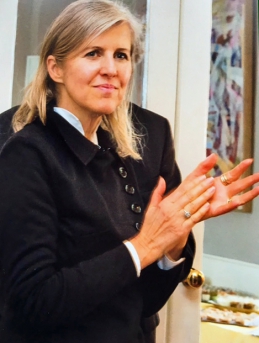 © The hotel owners and me (middle and right); all photos by Doris Mitterer*

Kerstin Köhler-Witzmann showed me around the hotel and around the beautiful garden, and the likeable Doris Mitterer was accompanying us, taking many, many photos. Some days before Christmas there was a big surprise. The postman brought a parcel – an original Dresdner Stollen was in (Mrs Köhler-Witzmann is from Saxony) and a photo book to remember the wonderful day in late autumn.

As it is the end of the year where one likes to remember what had happened in the past twelve months I thought it was a good idea to share this with the Medici&More readers. Have a nice New Year´s Eve with the people you love, a hopefully calm night and a prosperous 2017! Stay healthy and stay tuned – to never miss tips for the best, healthiest and most beautiful lifestyle. 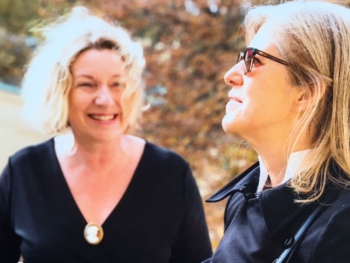 *The quality of the original photos is excellent. If mine are not it is because I took photos from the book.