An Activity Against Wind Craft We Will Never Forget 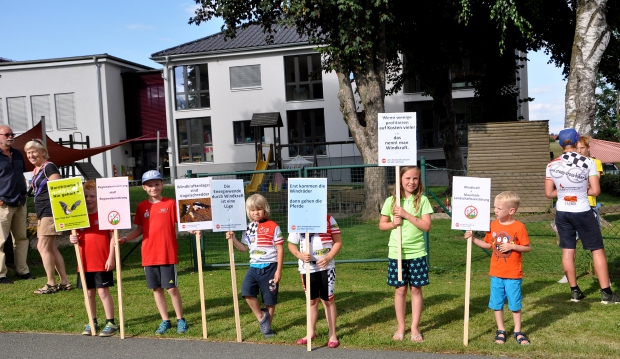 Last Tuesday something remarkable happened. The evening, it was sunny and very warm, we went to Maria Lankowitz, a community in a romantic landscape of Styria, where there was a big activity against wind craft. Many people concerned met in a hall (s. photo below) to express how frightened they are. They fear for their health, for the health of their children and for the beauty of the Alps. 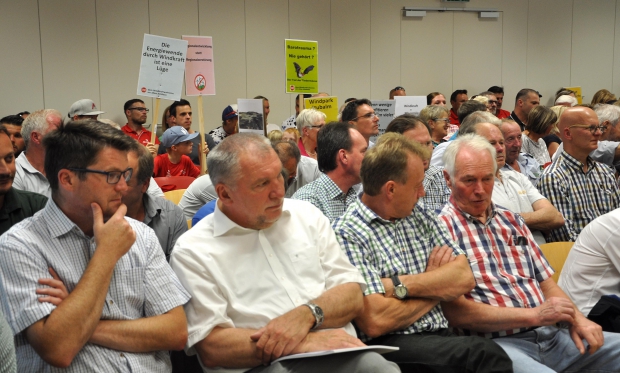 Matthias Zitzenbacher, founder of the Forum Great Weststyrian Alps Project, and the burgomasters from Maria Lankowitz and Köflach asked Herbert Jungwirth, a well known fighter against wind craft, to make a speech. It was touching to see how the audience soaked up everything he was speaking about. Everybody listened concentrated, it was so quiet that one could have literally heard a pin drop. Herbert Jungwirth (s. photo below) came directly from Upper Austria and his friend Gerald Malle* who spoke about planned wind farms in Carinthia came directly from there. Both have been doing this for several years, honorary, many many days a year. 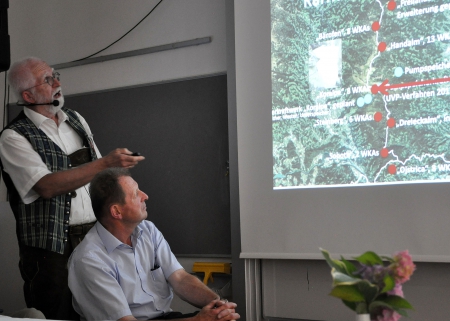 Then there is something more, the people of the region fear to lose their attraction as Lipizzaner-Heimat, the region´s signature, the breeding farm of the Lipizzan horses. The beautiful horse babies are born at Schloss Piber which is very near and of course a tourist attraction. When horses (and many other animals too) are born in breeding farms near mills they suffer from malformed legs (s. photos below). Isn´t this awful and terrible? 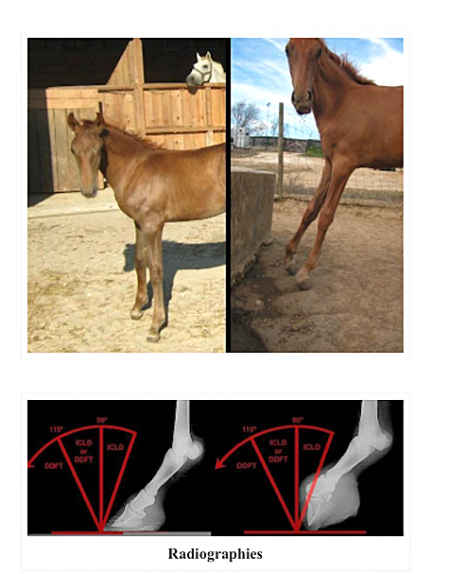 Most shocking: everybody knows this (there are many studies about), particularly the Spanish Riding School directors whose breeding farm is there, but they do not help to fight against the erection of the wind mills. They leave the people alone with their troubles and it is said that they secretly plan to remove the horse breeding farm to Lower Austria. We are so sorry for the desperate people there who are so emotionally fighting against. Under many others the Lipizzanerheimat, the Alpenverein and particularly the Naturfreunde Köflach. 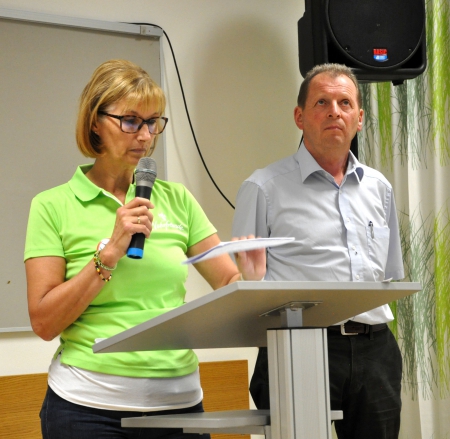 Hildegard Fink from the Naturfreunde Köflach and Matthias Zitzenbacher, founder of the Great Weststyrian Alps Project (s. photo above), are looking worried and deep in thought about what will happen to their homeland.