Why is there no Wikipedia Article about the Baroque Church in Spital am Pyhrn? 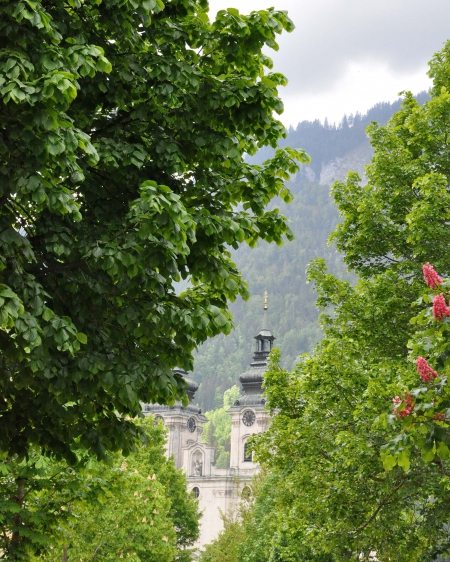 For many years I have been admiring the parish church in Spital am Pyhrn, a tiny village in Upper Austria with 2000 and something inhabitants. The church is one of few that was built in the early 18th century and has remained (almost) unchanged to this day. It is a rare stone-faced building – most of the churches, palaces and housings in the Austrian baroque era were mortar layered and colorful painted. It is quite impressive of its size and has a remarkable interior. 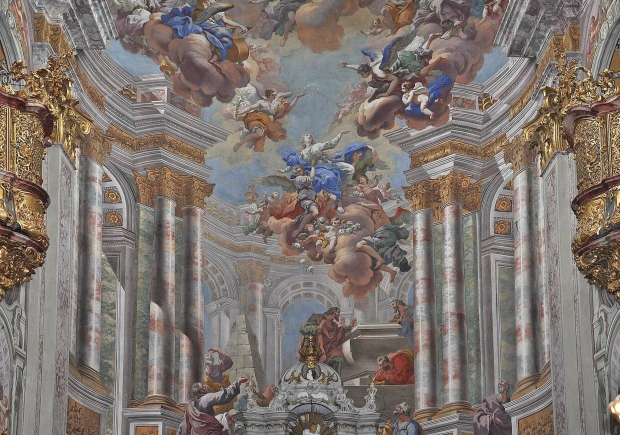 Have a view (s. photo above) to a part of the fresco by Bartolomeo Altomonte above the altar. It is dedicated to the Assumption of Mary and is Bartolomeo´s masterpiece for the illusion of space and architecture, for the plasticity of pillars and clouds, and for the movement. – The Altomontes were a family of artists. Father Martin is known as one of the most important Austrian baroque painters, his son Andreas, and brother of Bartolomeo, was architect and stage designer. 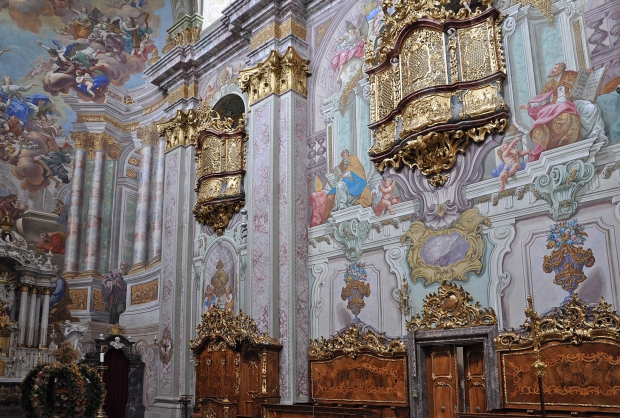 This is the view to right side of the altar (it looks similar on the left side) with the splendid choir stalls, richly decorated with wooden tarsia and gilded crowns or tiaras (look much more like the latter), done by a local wood carver. Most impressing the “flying” and overhanging balcony like oratories, by a carpenter from Upper Austria. These are 18th century masterpieces executed by regional artists. 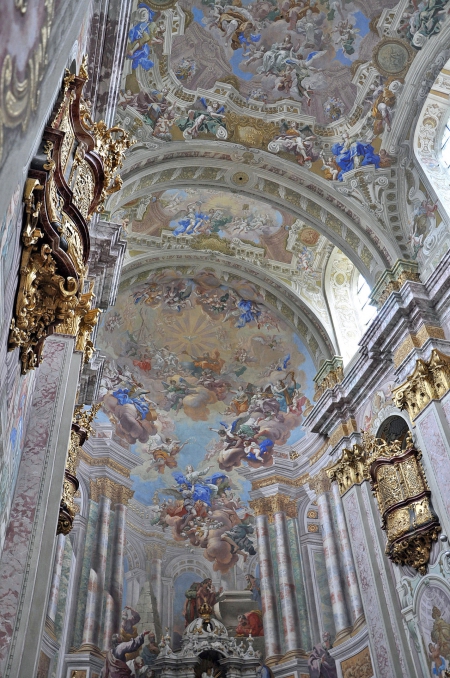 Now, is the view to the altar and to the vault frescoes not spectacular? Or am I wrong? Why am I asking this? Because there is no Wikipedia article about this church. Isn´t this tremendously sad? You will ask me now, you are art historian, why don´t you draw up an article? Well, I wanted to. It is not easy to do a new article, they recommend to correct others before doing it. So did I. There are many articles with serious mistakes in the German Wikidpedia (the English and the French are much better and carefully researched). I suggested some corrections, with documents of course, and they do not accept them. So this is the one and only reason, why I will not write an article about this total artwork in Spital am Pyhrn. 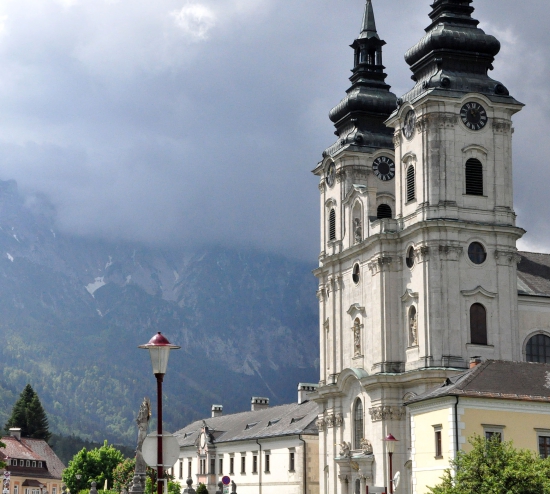