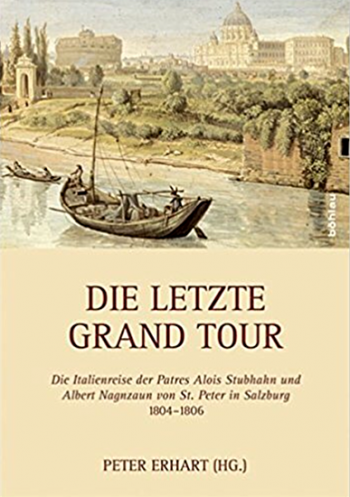 When I read Pater Alkuin´s* article about “The last Grand Tour” last December, I knew right away I must have this book (sadly only available in German). It is about two Benedictines who travelled from Salzburg to Rome in 1804 for a two years´ stay; they kept a diary and wrote letters about everything that happened. Nothing is more interesting and diverting than to read original documents, as one learns so much about everyday life in the past. 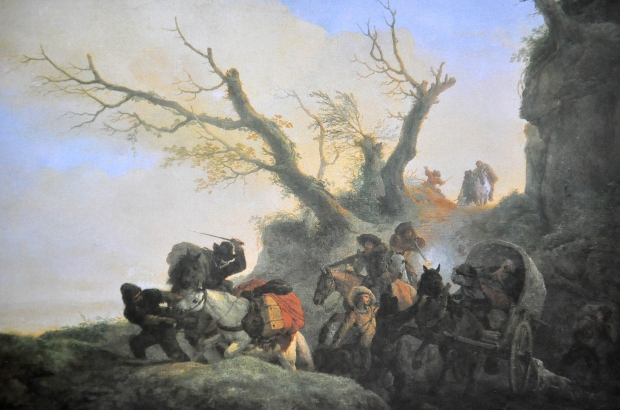 Traveling was a big adventure then, and not only because of bad roads: it was also dangerous as there were thieves and murderers everywhere who could promptly undo all traveling and other plans. The Benedictines from St Peter´s Abbey, Pater Albert and Pater Alois, left Salzburg on April 13th, 1804. They took the “diligence”, the so-called public express transportation and had problems from the very beginning. When they passed the mountains on that day they had to get out of the carriage three times as the six horses were not able to pull the carriage with only six passengers (and luggage, of course). So it is not surprising that they reached Rome more than a month later. 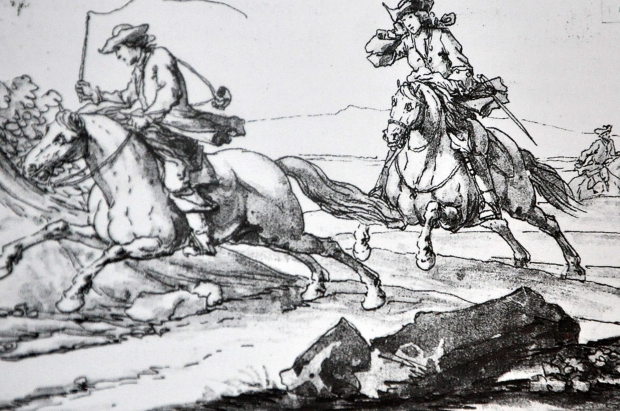 Riding horses was another dangerous way to travel. The two monks took horses when they went on excursions around Rome**

In Rome they stayed in St Callist(us), then a Benedictine monastery, where they shared one room with a splendid view – from their windows they saw St Peter´s Basilica, the Angel Fortress and the Capitolio. During their stay they attended private lectures and of course visited most of the sites – churches, museums, palazzi – and were introduced to artists (Canova had an atelier there, they saw him often), aristocrats, princes (an archduchess, Maria Theresia from the Italien branch of the family, lived there and received them regularly) and they were even invited to meet Pope Pius VII. It was an exciting era – Napoleon made himself emperor at the end of the year, asked the pope to crown him but during the ceremony, the Frenchman took the crown from the pope´s hands and crowned himself. 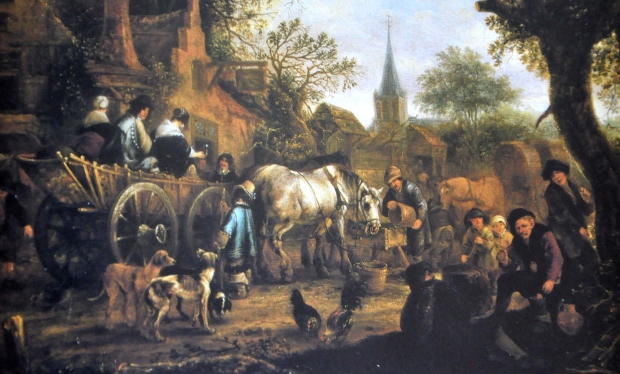 When riding around, it could become a difficult thing to get feed for the horses. One would think there must have been a kind of “hay stations”. There were of course not such stations and it was sometimes very difficult to get food for the horses (and for monks!) after many hours on a horseback. Traveling was one big adventure. I think that almost nobody would travel around in our days if she/he had to deal with this kind of public transportation. It is said that the easiest and promptest way to travel then was to take a boat. This was fine when one went downstream a river (s. photo below). If you want to know more details of how quick and easy a boat cruise could be, please read how it was when Pater Albert and Pater Alois took the sea route from Venise to Trieste (p 354). An awful adventure, everything written in a modern way, and very diverting. I can only suggest on thing: Read the book. 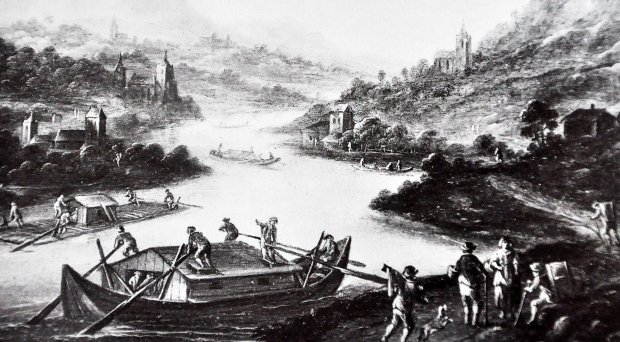 *Professor DDr Pater Alkuin Schachenmayr O.Cist. is vice rector at the Stift Heiligenkreuz Seminary in Lower Austria, where he teaches Ecclesiastical History. He is also the monastery´s archivist; he edits the Analecta Cisterciensia and does much much more, like writing regularly for his blog, and he is a friend of ours.

**The photos are taken from a book I wrote many years ago titled “Alltag im Barock”/”Everyday Life in the Baroque Era”  (by Gabriele Praschl-Bichler, that was my maiden name).