Even as the weather is nice in the moment I thought some of you might be delighted with a “sweet blogpost”. What about marroni/sweet chestnut cream with coconut yoghurt and chocolate sauce? This dessert is what you need when you are craving for sweets and it is healthy too. Hildegard von Bingen says chestnuts help against the winter blues as they are a vitalising food. They are rich in vitamin B, C and phosphorus which have a balancing effect on the autonomic nervous system. The best side effect: the dessert tastes out of this world. 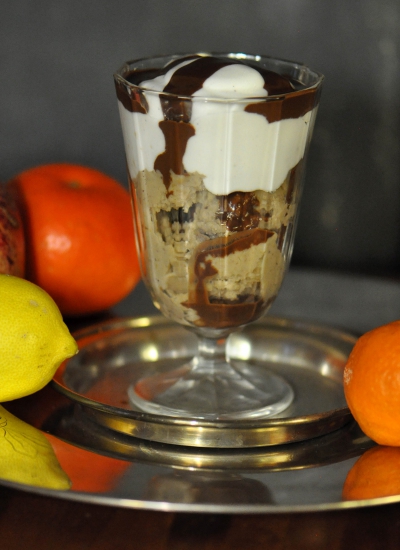 Soak the chestnuts for about an hour in lukewarm water so they become softer and easier to handle afterwards. Before mixing cut them in smaller pieces and put in a bowl. Add sweetener, vanilla powder and half a cup almond milk.

Start mixing with the hand blender. If it is too sticky add more almond milk (even more than I suggested until the mixture becomes creamy). – If you like to have something to bite on keep it chunky.

Heat a half cup of water in a small pan. Put aside when it is boiling. Add chocolate and coconut oil and let it sit for 1 – 2 minutes or so long until the chocolate is melted. Stir.

Serve in a glass. Put the cream in, add the coconut yoghurt and pour the melted chocolate over it. Enjoy! This is heaven. 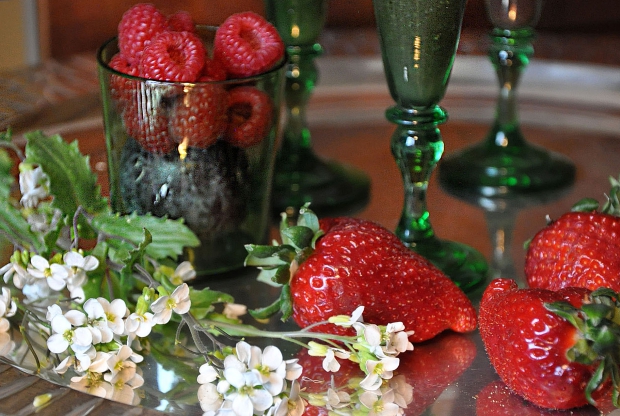 Don´t forget to take smoothies with vegetables and fruits in the cold season.

*Or self made chocolate, s. this recipe.