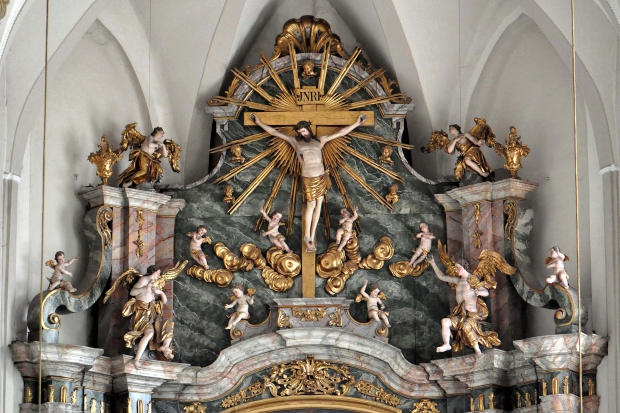 As promised some weeks ago: the beautiful upper part of the altar (s. photo above) with a touching Crucifixion scene. I think the artist wanted to make it more hopeful and surrounded therefor the dying Christ with 17 putti/little angels. Thus makes the idea of Heaven near.

There are even eight angels around four saints and altarpiece, dedicated to St Jacobus who was one of the Eleven, followers and disciples of Christ. St Jacobus is better known in Spain where he is called Santiago. The Santiago de Compostela Cathedral is one of the most important churches in Spain, particularly because it marks the end of the Camino de Santiago pilgrimage route. Easter is a fantastic time to experience the Camino the Santiago, as many towns along the Camino routs host impressive Easter processions and displays. 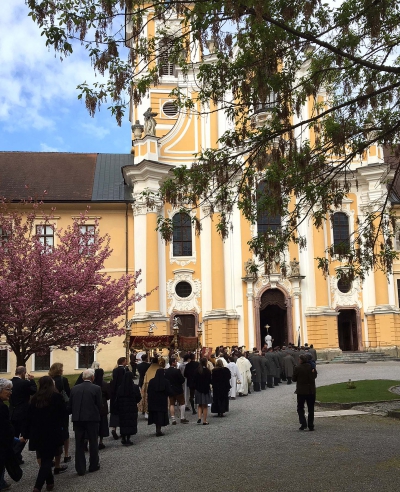 There are even Easter Processions in Austria, not everywhere but for example in Rein, Styria. On the photo above last year´s Easter Procession, celebrated by Pater Alkuin who is monk at Stift Heiligenkreuz. Rein and Heiligenkreuz are Cistercian abbeys, both existing since the foundation in the 12th century – for almost 900 years!