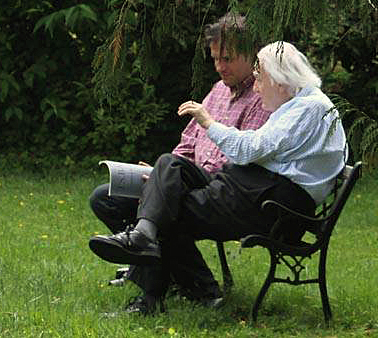 Lutz Ammerer, a gifted pianist, and his mentor Jörg Demus

The main reason to suffer from burnout is or was (until now) almost always the same: people who are aiming high in their social and professional part, very proud of working self-sacrificing and excellent. One of the first incidents I remember happened more than 35 years ago to an old acquaintance of my parents, a man in a high position in a family company in Tyrol. He demonstrated a high degree of motivation, was working around the clock for the company, was almost on friend terms with the owners, developed something totally new in regard of the line of products, gladly received by the owners, with the effect that the company soon became bigger and an international enterprise. Then there was a change in leadership, new structures were created, overaged uneconomic working parts of the company outsorced, employees and workers were notified to leave. Our acquaintance had to list the names of employees and workers being dismissed. Everyone in the company knew each other. The tremendous change over, the new way to treat good and familiar staff, was too much for him. He retired more and more, plagued by insomnia and finally quitted the company, it became impossible for him to re-enter his office ever.

Our acquaintance was more than 50 years old and had once again to apply for a job. He asked in many companies, the perspective was not too bad. He sometimes came to see my parents, but hardly spoke. They tried to help him, but meantime there was an invisible, depressingly thick wall between them. When we heard only two months later that he had committed suicide, we were sorrow-stricken but not surprised.

It occurs very often that there are at the same moment occupational stress and private problems, mastered sufficiently for a while. One is working day and night, takes the problems home to find the next ones there. You are taking dinner, laptop and iPads online at your side, you are skimming over accounts, correcting by the way, drawing up a complaint letter to your daughter´s maths teacher, searching for a therapist to treat your partner´s sick headache and a for your infirm elderly parents a friendly carer.

Burnout is no longer a stress disease for managers, there is an immense progression of the “epidemic burnout”. In this respect it is absolutely correct that it is not listed in the ISD catalogue. The post office clerk can get it just as well as the elderly care nurse and as everybody else. Communication became so quick and it grows daily. Only some years ago I used to order what I needed in a shop, and it was delivered two weeks later. These days almost everything is ordered online, the client expects getting the goods next day, better the same day. If there were problems with an order in the past one went to see somebody in the shop and asked the owner why this takes so long and she or he explained the reason why. In our days the enraged client criticizes the shop immediately on Internet and awards few or no points using the company´s feedback scoring. This produces stress. If in the past teachers, managers, hospital nurses and doctors were the most afflicted professions by burnout, today this can happen to everybody.

What the pharmaceutical industry concerns I can say that up to 20 years ago I knew every agent of the many small family businesses personally. I chatted with them when there was time, even about private things, about vacation trips and about what we were doing in our spare time. These nice, sometimes elderly ladies and gentlemen told me the latest news from “their” companies.

Then came the period when pharmaceutical industry started pooling of interests, one family business after the other disappeared. Today some global players dominate the market. Then there was the trend to have controllers for every employee that started in the United States. Within a few years every familiar person had disappeared. There are now very young agents, switched monthly, sitting in front of you with their tablets, scrolling charts on colourful screens. The company´s controller checks the sales. “You are fired!”, is the most frequently heard phrase in the leading companies. The employees become more and more afraid. 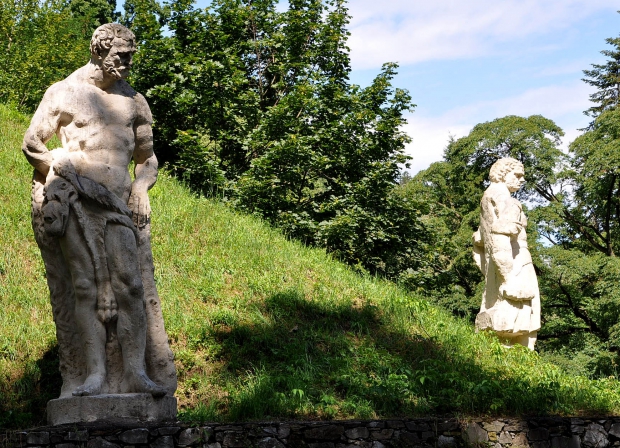 In the past only the super-ambitious were affected by burnout. Institutional change becomes usual. For many people the pressure gets too high. Those who are 20 years old can stand it, those who are 45 can´t. For those who are 40 and more years old it is bad medicine if their capacity starts to decline. There are the morgage for the freehold flat to be paid, the children are still young and demand attention, the partner has the same problems, it became usual that two in a partnership have to work to be able to keep the family´s standard of living.

Instead of naming this “burnout” there are diagnosis like “symptoms of overwork” or even worse “lack of adaptability”. The people start feeling powerless, cannot any longer master the situation: even if they do a good job, they know that there is the controller at his desk looking if they really do their best. Sometimes there are anonymous online postings on the company´s website or some anonymous online-ratings, somebody starts a mobbing campaign against the hard prepared start-up-company and puts down the 5 star ranking to only 2 stars. 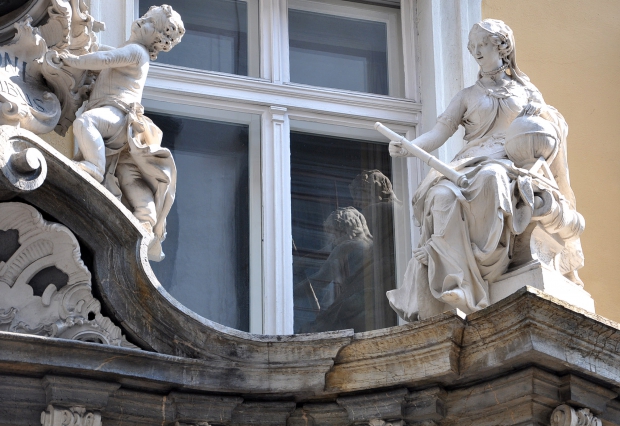 Indeed there are some people who love online-shopping, but they also are longing for the good old times and contemplative communication. There were handwritten letters, one used fountain-pens or typing machines. There were these typical village taverns where the people talked lots of nonsense but there was at least personal inter-human talk and the people were closer together. If you did a good job you could feel certain that your boss would stick by you even if you were once down because your children suffered from a flu, the partner had a problem and so on.

The development is irreversible, it becomes harder to keep up to the forced pace and the permanent controls, that also take possession of your private life: the smartphone in your pockets gives signals via GPS every second to your Google or Facebook accounts wherever you take a walk. The holders of your credit cards and many other institutions like insurance companies or fiscal authorities are dreaming of the day when they will be able to control and analyse every citizen´s action. Distrust runs deep if only following the political trends in the western countries. Something very explosive is brewing up. Everybody is scared of making a mistake, of working poorly. The controller notes everything, it will not take long and I am fired.