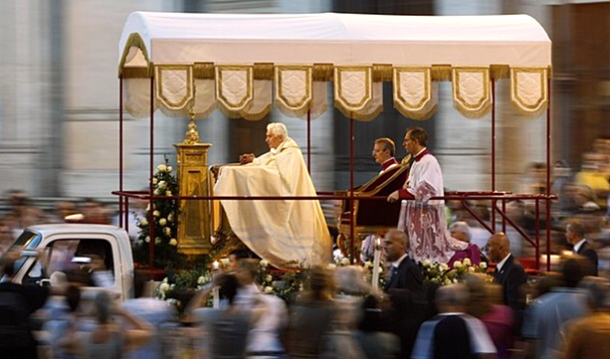 Pope Benedict XVI during the Corpus Christi procession in Rome in 2011 (s. photo above). My husband and I love and adore him for his devoutness, his religiousness, his courage to enforce the religious faith and for his intellect. And because he looked like a saint from the day on he was elected pope. 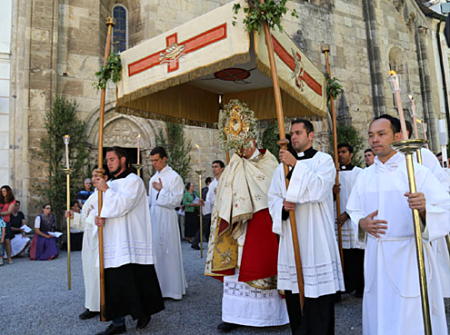 Corpus Christi Procession last year at Stift Heiligenkreuz, a Cistercian abbey in the South of Vienna. Abt Maximilian (on the photo above – holding the monstrance) and the monks have a close relationship to Pope Benedict XVI who visited the abbey in 2007. This is one of the reasons why the Stift Heiligenkreuz University is named after him: Philosophisch-Theologische Hochschule Benedikt XVI. 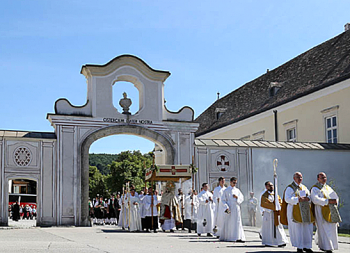 The procession passing the wing (on the right side) where Pope Benedict XVI appeared 2007 in a bay window. There is an inscription under the window to remember the day when thousands of people were waiting in the court for the Apostolic blessing imparted by him. 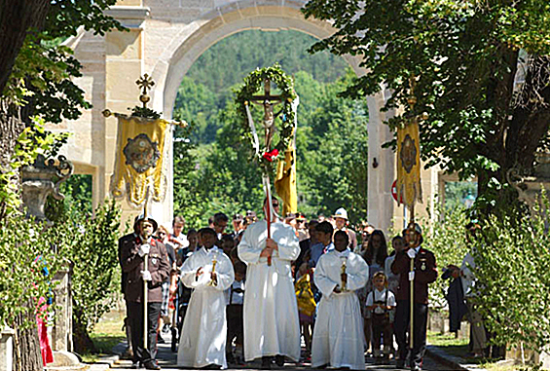 The Feast of Corpus Christi is celebrated by the Catholics in the entire world. They celebrate the truthful presence of Christ in the consecrated altar bread and the truth of the transubstantiation of bread and wine into the actual body and blood of Christ during Mass. The Latin name Corpus Christi means Body of Christ.