Escape into an Imaginary World

When I was a child and I was sad or had problems I saved myself very often into an imaginary world. It looked very romantic – there were green meadows, a small river nearby, huge trees, an old park bench and … there was a little angel who was always with me when I needed help. I liked to take a swim with the little one in the river and I remember that he swam with the help of a swim ring. It was white with golden stars on it. A typical swim ring for angels … I became calm and very content when I swam in the river with the little gold haired being. 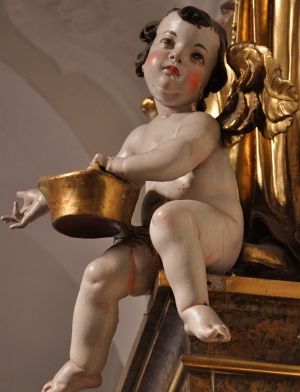 Very early I began reading books and could by then never stop reading. I liked novels very much and created imaginary worlds in the novels´ sceneries and of course became one of the heroines. Not what you think – I had not to prove myself in adventures. My heroes and heroines were artists, poets, painters who lived in the countryside and sometimes worked for princes or kings. I never was the princess or the queen, but the daughter of the doctor at court or the niece of a lady in waiting. When reading I was so totally in the novel´s world that I forgot anything around me. I remember that my grandmother sometimes was worried when she was calling me and I did not answer.

The today´s message? Try sometimes to escape the real world, especially when you are sad or depressed. Read a novel or watch a movie with your favourite actor or with your favourite actress (you need not buy a DVD, there are so many movies to watch on YouTube). Distract yourself from your worries, let your imagination run riot …

If you have no idea where to start and what to chose, following some ideas (DVDs and books either). You can´t go wrong with