Baroque … or: About Hobbies

When I was about 10 years old and had then still visited many castles and exhibitions with my father I decided one day: I will later study “baroque” (= culture and art in the 17th and 18th century)! Maybe the idea was not exactly defined and I didn´t use the expression baroque but I knew what I meant and what I wanted. If you have read the “About” (the blog) you will probably know how it went on. When starting university I still wanted to study “baroque” but also medicine (there are many doctors in the family, the idea must be in the genes). As there were too many students then to take up medicine I was contented and started studying “baroque”. 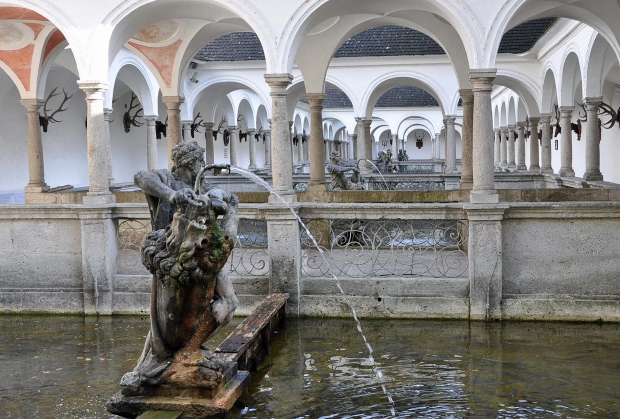 Of course there is no course “baroque” at the university, but during schooldays the baroque plan had got more detailed and so I started studying literature and history of arts – both focussing on French and Italian 17th/18th century. I loved it, became more and more fanatic in reading everything about this era and I am still obsessed with it. In the last years I have more concentrated on the time between 1710 and 1793 (from the birth of Louis XV to the death/execution of Louis XVI, both kings of France). – Why? Because I am very interested in the life of these two personalities who were categorised by most historians as losers, as unintelligent and weak characters. All the world knows king Louis XIV, the Sun King, the great, the mighty who had “invented” absolutism and under whom Versailles was built. His great-grandson king Louis XV is only known for his “maîtresses” and sexual liaisons, king Louis XVI only for his death by guillotine (and of course as “Marie Antoinette´s husband” ).

Even more than in the history of this era I am interested in everything that concerns every day´s life. As it is very expensive to buy only a cup or a handkerchief of this time (it is a little bit cheaper to collect books about and prints or reprints), I started copying 18th century, I mean copying every object possible. With the help of carbon paper I have been copying designs (for wall paintings, paintings, doors, furniture, patterns of cloth etc), I knitted cardigans, embroidered table cloths, made furniture (or had made it by our carpenter) and am taking photos of everything that was build or made in this era. And I am so happy and contented when doing it. 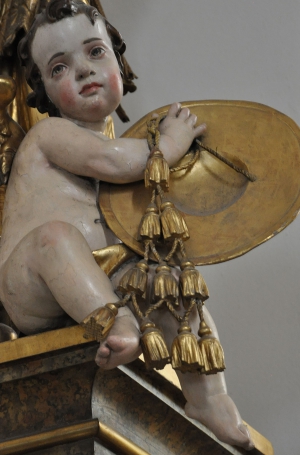 This is the today´s tip, related to what doctor Gisela Heldt is advising. Try to be or to become happy and contented! You need of course not start reading books about 18th century, but try to find out the most interesting leisure activities. The more occupied you are the healthier you will be or become. My husband and I who visit numerous exhibitions per year are always enthusiastic when meeting artists or craftspeople, either professionals or amateurs. They seem to glow when speaking about their profession that mostly became their hobby too. Try to find something that makes you glowing too!