Baroque Jewels alongside the Schlossberg in Graz 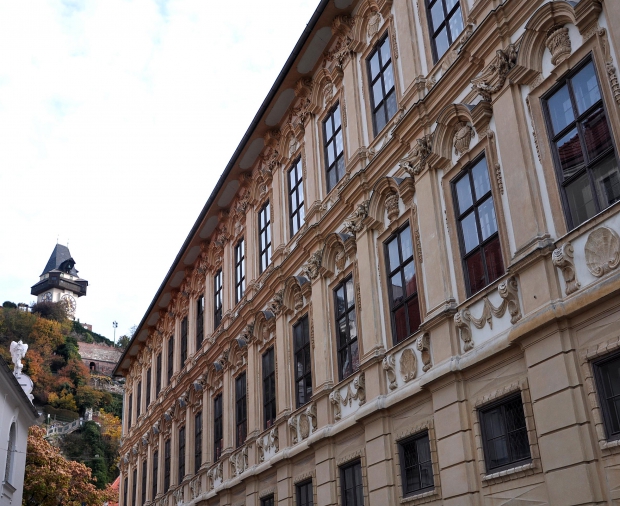 Taking a narrow street from the river Mur and heading to the Schlossberg you can see the long side of the Palais Attems (s. photo on the right). Count Ignaz Maria Attems who had built it at the beginning of the 18th century had to buy and to demolish six older buildings to get enough space for the mighty residence. 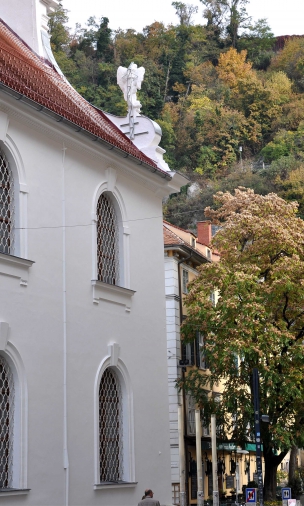 Right opposite there is another baroque jewel – the Dreifaltigkeits-Kirche (Trinity Church), seen from the same place. If you compare with the photo at the top you will recognize the same angel upon the roof. The church was built almost at the same time as the Palais Attems, only some six years earlier. The most beautiful part of the church is of course the main front, round the corner on the left, when passing by. 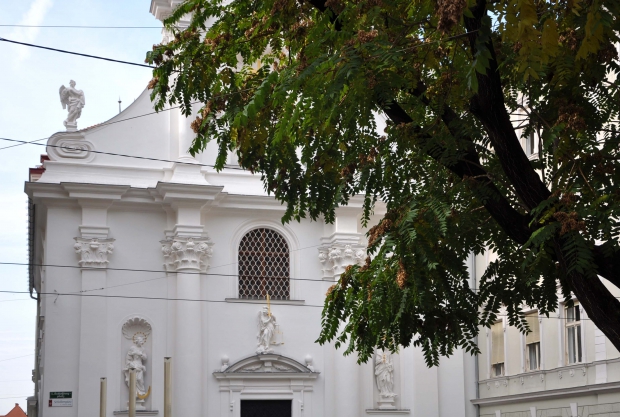 There is a small square in front of the entrance of the church to give it its own scenery. The church is modeled on the typical baroque church facades in Rome. As I love this type of architecture very much, it will not be astonishing that I love being on that place. And I like to watch it from different point of views. 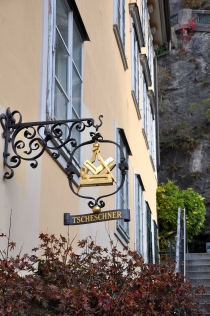 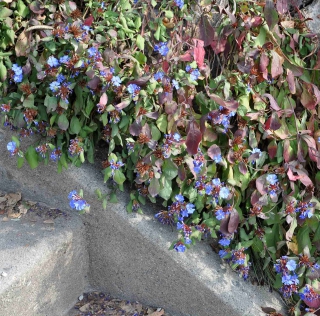 Climbing up the Schlossberg, taking the many many stairs as quick as possible (to combine appreciation of art and physical training), one gets from one stair to the next a more and more spectacular view. 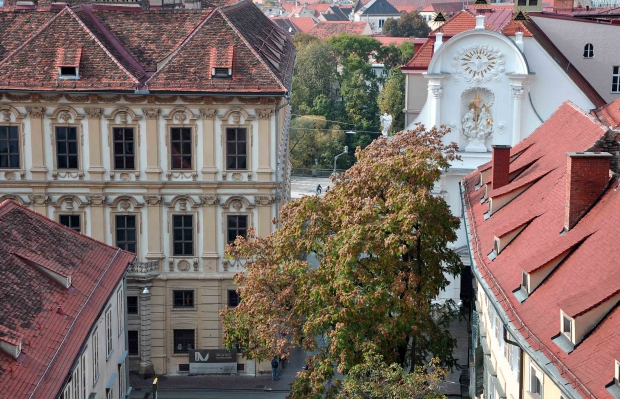 You do not only see the upper part of the church, the Holy Trinity – Godfather and his son in a niche and the Holy Spirit, a dove, above them -, but also a part of the Palais Attems´ main front. Both buildings have been restored and repainted recently: the Palais Attems was dark red and cream (it is now beige and cream), the Trinity Church was yellow and cream and is now white. Though I usually prefer colors to white and though there was never a white baroque facade in art history, I like the white painted church very much. 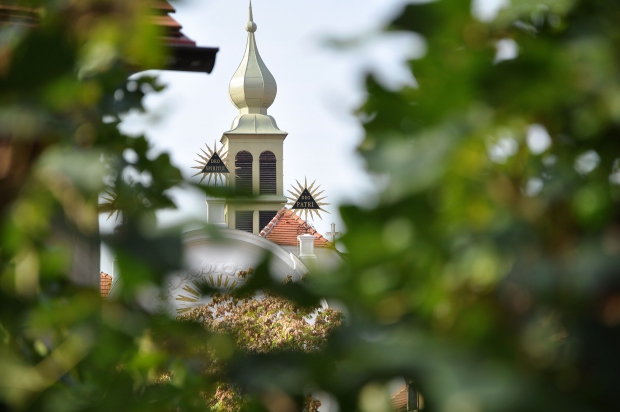 Going downstairs I suddenly had this perspective, through the leaves of a tree´s crest coronet, on so many golden rays of sunlight around three triangles (remember it is the Trinity Church), one can only see two of them with the inscription DEO SPIRITUI and DEO PATRI, literally Spirit of God and Godfather. Below this, in the hemicycle, there is a golden corona surrounding the dove, symbol for the Holy Spirit. 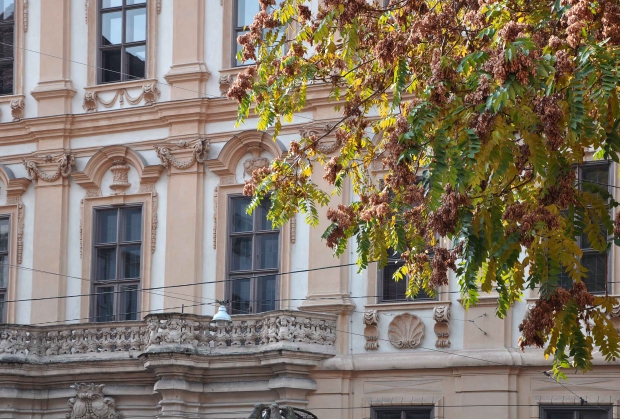 Back at the foot of the mountain and heading towards the Hauptplatz (main square), you have this breathtaking view. The Palais Attems´ main front, the portal and the balcony, made of stone and with S-shaped curves, is a masterwork of its own and one of the baroque jewels in Graz.