Autumn Promenade in a City

I love living in the countryside (since I was child in Vienna I wanted to live in the mountains) and I also like very much strolling around in cities. Especially in autumn as the light makes everything much more beautiful. As we live near Graz, Styria´s capital, I love searching historic places and buildings there, particularly the baroque ones. This time I did it with my husband and Stefan Kristoferitsch who is professional photographer and who helps to improve our abilities. 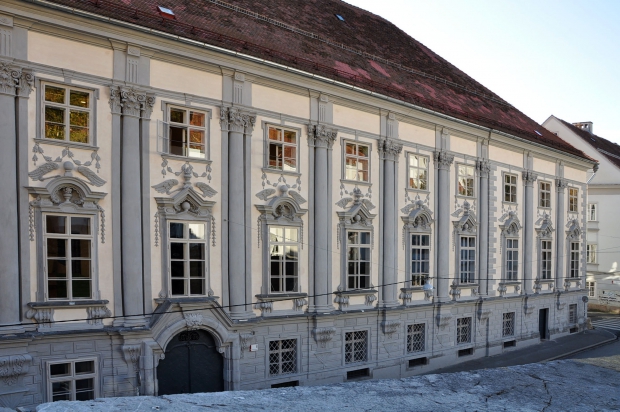 The Palais Wildenstein in Paulustorgasse 8 is one of the less known palaces as is not quite in the city, but near to the Paulustor, a part of the former fortified town wall. The facade and most parts of the building were likely constructed by the architect Johann Georg Stengg at the beginning of the 18th century. Most remarkable are the giant semi columns making the facade looking very three-dimensional. 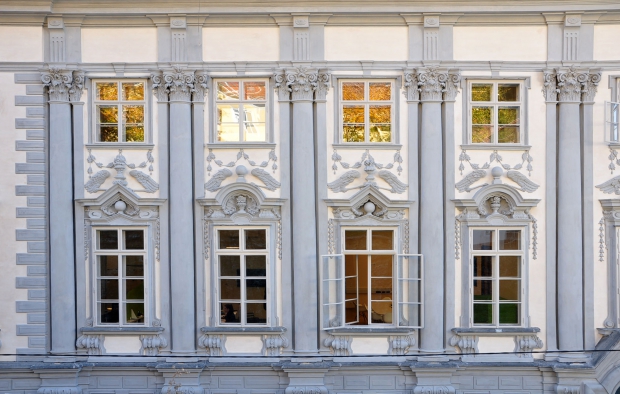 Details (s. photos above and below left) – windows and decorations of the Palais´ facade. Very likable is the reflecting light in the windows from the building and the tree from the other side of the street. 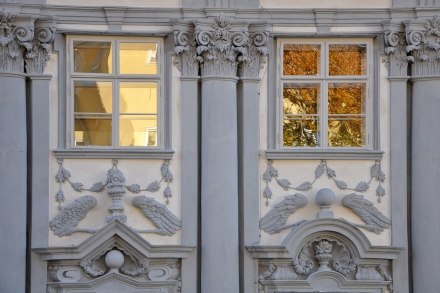 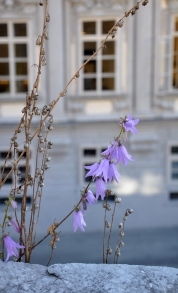 A bell flower on the wall (s. photo above, right) of the drive-up ramp leading to the so called Palmburg, a palace built in the 16th century that had belonged to many people. At the beginning of the 17th century Martin von Palmburg owned it after whom it has been named. 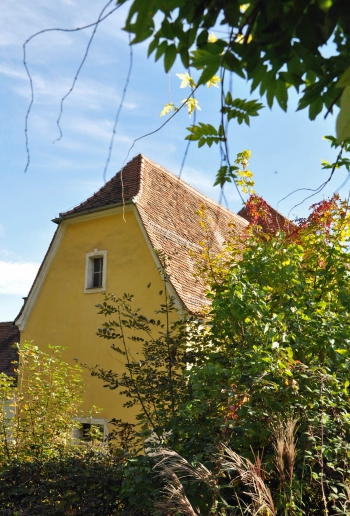 A most romantic place – an enchanted annex of the Capuchin monastery, to be precise: it is an annex on the backside of the Capuchin church, Paulustorgasse 11, and one wonders knowing what kind of building it was and who was living there.