Allow Yourself Quality Time in a Castle 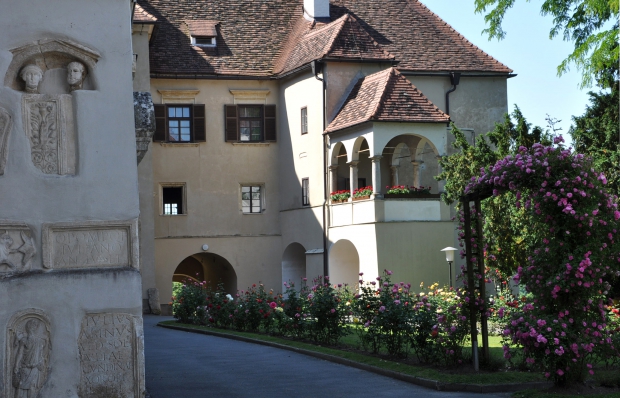 Last weekend there was family with us. The most important person was our little nephew and godchild Nikolaus, 7 years, who is not only a very clever boy but also interested in everything that concerns history and castles. So I booked a guided tour for us at Schloss Seggau near Leibnitz, in the South of Styria, something I would suggest to anyone. 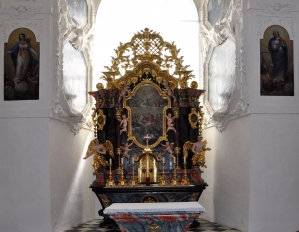 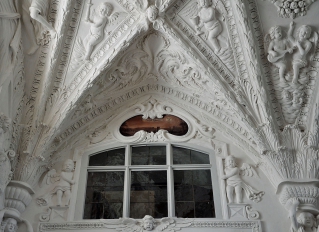 The chapel is an artwork for itself. It was originally gothic, but got a baroque interior and baroque stucchi in the 17th century. The altar painting is dedicated to the mother of god, shown with all saints. Other paintings of her life story are embedded in baroque plaster work from a very high quality one cannot see very often. The rich stucchi were made about 1681/82 and sometimes look like sculptures – s. the putto below presenting a jug and a plate. 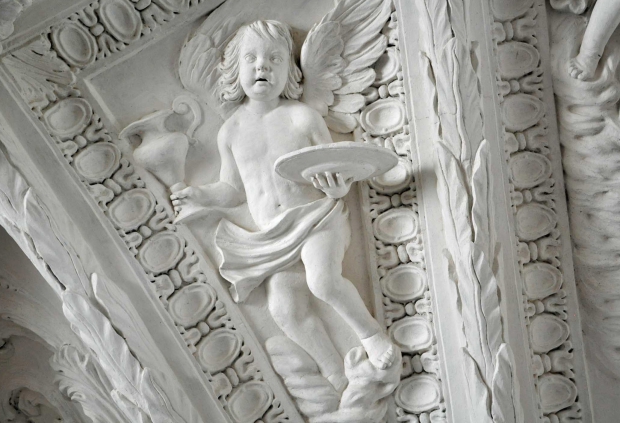 When being guided through the Fürstenzimmer (rooms of the prince, who was a bishop there, s. tiny photo at the bottom), I couldn´t take photos as it was too dark because of the closed shutters. We were utterly attracted by the wood panels with inlayed paintings. And once again by the stucchi on the ceilings (they were made sixty years later than those in the chapel and are therefor less three-dimensional) by the brothers/twins Pietro Angelo and Johann Formentini. 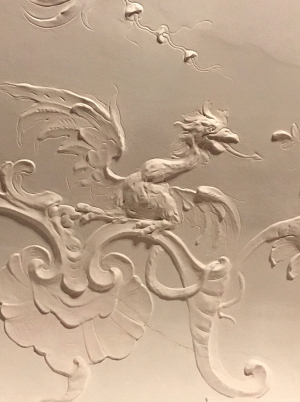 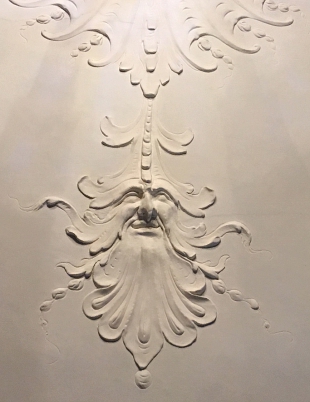 Such a fine plasterwork, so many figures, so many details, so many kinds of dragons (not very scary although), so many faces you only realize when watching the ceiling for a long time. I wish I could copy some of the leaves, shells and plants for the ceilings in our house. Will try this on long winter evenings …