A Last Summer Excursion to the Baroque Paura Church 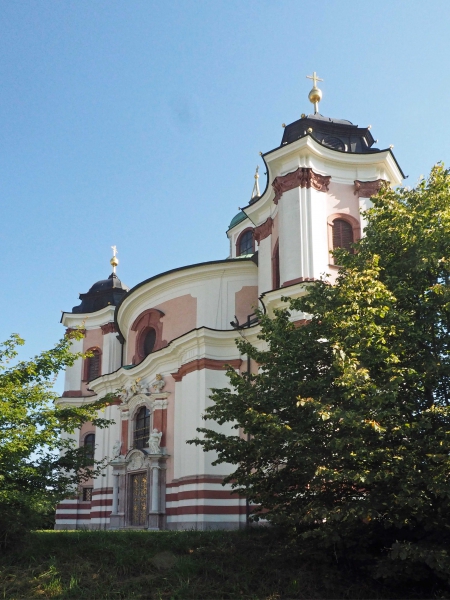 The Paura parish church, actually located in Stadl-Paura (in Upper Austria), is a destination we have wanted to see since many years, not only because it dates from the 18th century, but for its many architectural and church historical extras. It is located on a hill next to the river Traun and next to Stift Lambach and is dedicated to the Holy Trinity. Keep this in mind, I mean the Trinity, as this building is a real glorification to the mystical number Three. 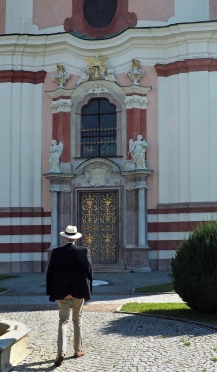 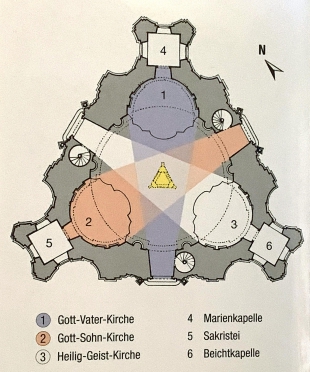 Referring to Baroque architecture and to the mystical number Three, I am revealing the three pillars of my life: the Catholic Church, the pillars on the church´s architecture and the pillar that holds my life, my husband, on the photo above left, seen from behind. – The ground plan of the church in form of a triangle (s. photo above, right*) alludes to the Holy Trinity. There are three altars dedicated to Godfather, the Son of God and the Holy Spirit and three facades of course appearing identical. 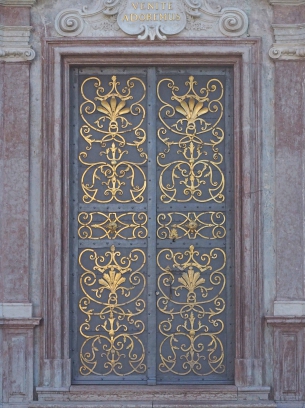 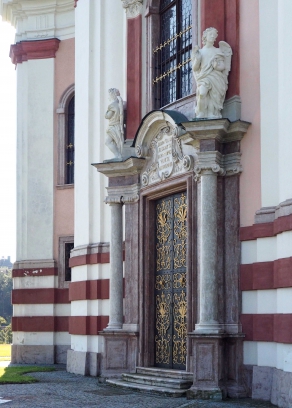 I love the portals with the beautiful doors, made of metal and with gilt decoration – tendrils, branches and leaves, typical decorative patterns in this era – performed by a “schwertfeger” called Johann Pretzer from Linz (Upper Austria´s capital). Schwertfeger is an interesting medieval expression. It was an elevated level smith, more responsible as he put blades and grips together to produce swords. Imagine if he had done a sloppy job – that would have cost lives! It seems that he was artistic too, when watching the church doors´ decoration. 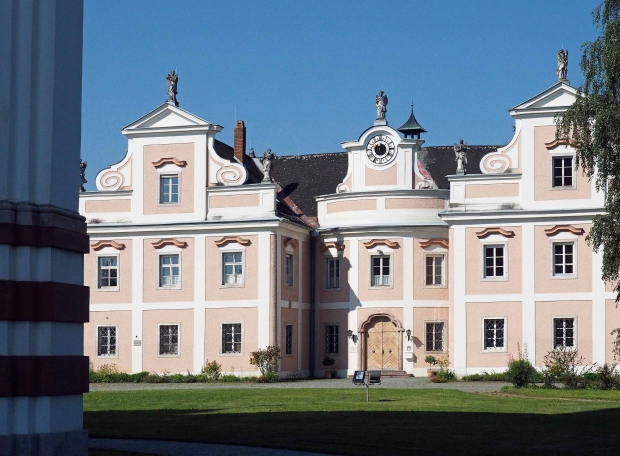 Abt Maximilian Pagl, who was a typical “baroque” church dignitary, abbot in the near Stift Lambach (Stift = monastery) had let edify the church and this building (s. photo above), a former children´s orphanage, opposite the church, at the beginning of the 18th century. He wanted to thank God and his Son and the Holy Spirit that the region had not been beset by the plague. – Isn´t this a picturesque view from the church to the former orphanage? 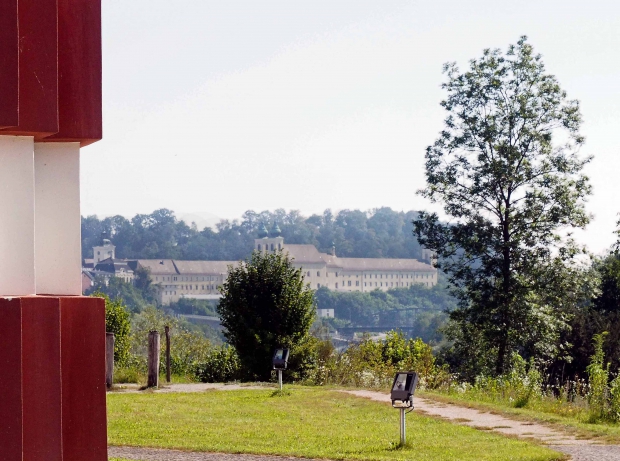 Turn the right and you have this view to Stift Lambach, the abbot´s monastery and residence. There are many artworks worth mentioning such as a gothic hall with original frescoes, a baroque church and many baroque rooms such as a library, an ambulatory (a recreation room), a refectory and … this secret has to be kept until there is time to write an article about Stift Lambach. – Have a look on the photo below and you will understand why the church is on the hill above the river Traun. 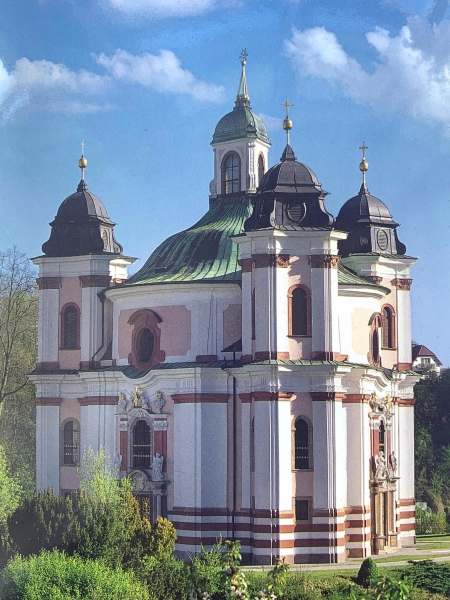 This is the approximate view* how Maximilian Pagl saw his lifework from the monastery (the abbot´s look was from a bit farer off, but at the same height) – it must have been a daily pleasure seeing the church growing and even completed.