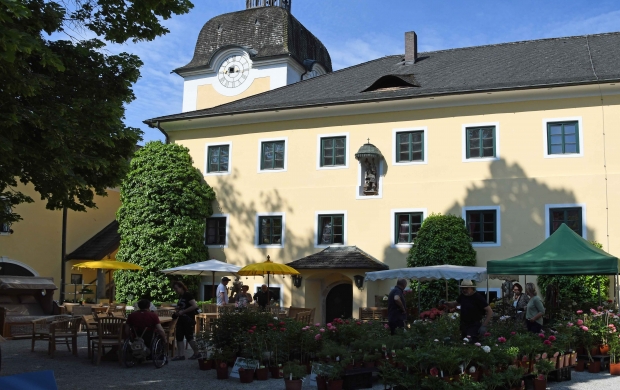 And there they are: it is gardening and visiting baroque castles. Last Saturday we visited the Gartenlust (a garden show) which took place in Schloss Bernau, in Upper Austria. Directly at the entrance there were hundreds of peonies in pots, a flower my husband and I have loved since ever but never found a gardener who cultivated them. Bliss! 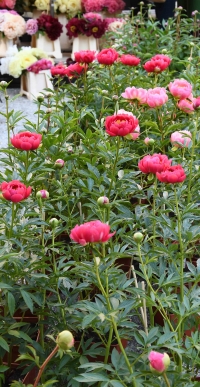 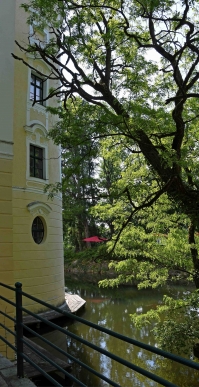 From the peonies through the court and some more steps and you can see  one of the four towers of the moated castle. It was built in the 16th century and got its facade in the baroque era. Even as it looks more like a fortress than a palace there were many cosy places – such as a coffee bar that was opened for the event – to enjoy the view to the castle, to the park and to the water. 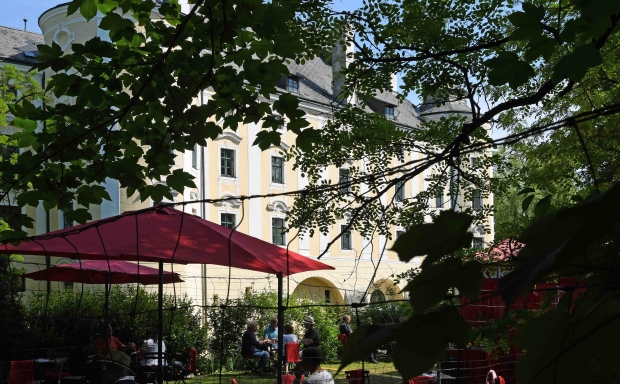 Bernau Palace had belonged to umpteen proprietors during the centuries (s. the coat of arms of one of the owners on the photo below). It started in the middle ages with the Pernauer, the Anhanger von Köppach, the Jörger, belonged then to the Oberhaimer, the Spindler, the Eiselsberg, the Tiefenthaler, the Teurer, the Hatschek and has been finally purchased by Herbert Handlbauer in 1979 who has been restoring it since then with the help of his wife Gerhild. 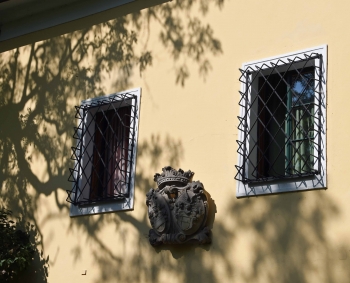 Back to the lovely arranged garden and flower show. At this stand (s. photos below), the owner is a gardener from near Stift Schlierbach, we found English roses we had been searching for many years. Two bushes Ghislaine de Féligonde and two bushes scented roses have subsequently moved from Upper Austria to Styria. It is said that the rose Ghislaine de Féligonde resists the worst weather, which is very favorable when you are living in the Central Alps. 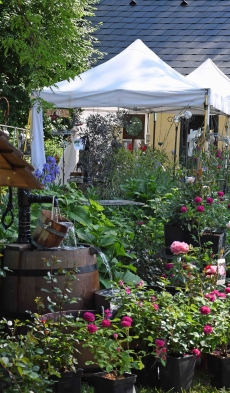 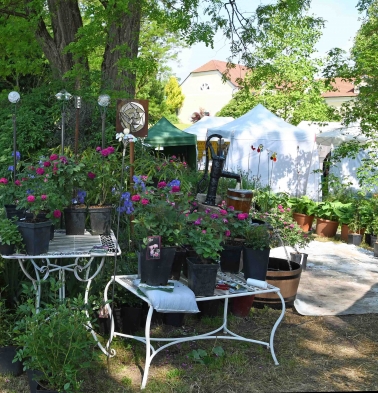 Before leaving we took a last glimpse of the castle with its baroque facades layered on a fortress like palace. Bye-bye, Schloss Bernau, we will be back there again next year! 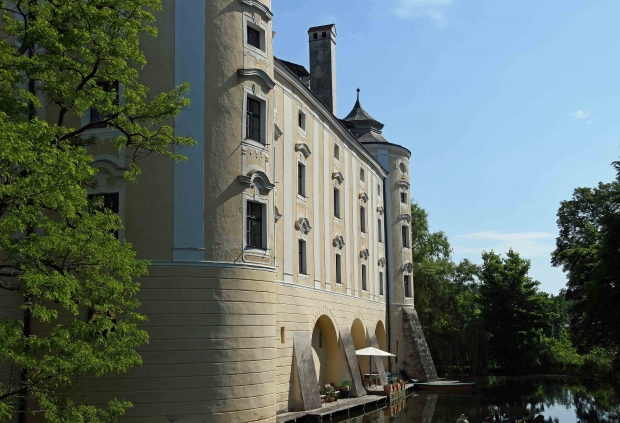